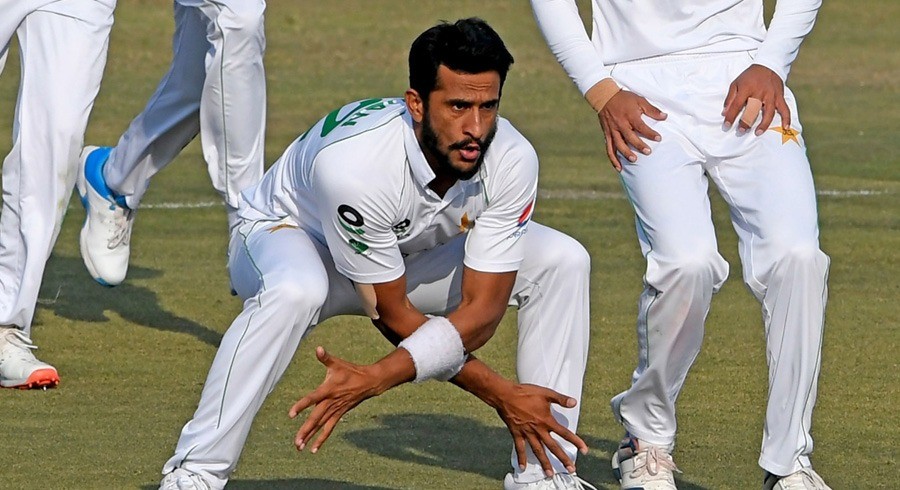 Pakistan took full advantage of the morning conditions as they reduced Zimbabwe to 59/4 at the end of first session on day one of the opening Test in Harare.

After being asked to field first, Hasan Ali struck for Pakistan in his first over as he removed Kevin Kasuza for a duck. The right-hand opener dragged the ball on to his stumps, leaving Zimbabwe one down without any runs on the scoreboard.

Prince Masvaure got his first runs through an outside edge which ran past slips for a boundary. Shaheen Afridi kept probing away at Masvaure by bowling at off side channel, with the opener pushing away constantly with hard hands.

The left-arm pacer was finally rewarded after an edge from Masvaure’s bat finally went straight into the hands of Imran Butt at second slip. The left-hander departed for 11, with Zimbabwe having lost both their openers for 18.

The pressure was brewing on Zimbabwe batsmen as they played eight maidens in a row from the sixth till 14th over.

Tarisai Musakanda broke the shackles in the 16th over as he dispatched Nauman Ali for a six over wide long-on.

Nauman got his revenge in the next over as he went past Musakanda’s defense to rattle the stumps. The right-hander departed after scoring 14.

Zimbabwe captain Brendan Taylor followed Musakanda soon as he tried to push very hard, away from his body, to a full ball from Hasan Ali and was caught at slip by Faheem Ashraf for five.

With Zimbabwe reeling at 30-4, debutants, Roy Kaia and Milton Shumba, stitched an unbeaten 29-run partnership to take the hosts to lunch without any more loss of wickets.