Mushtaq stated that Pakistan batters will be prepared for the challenge 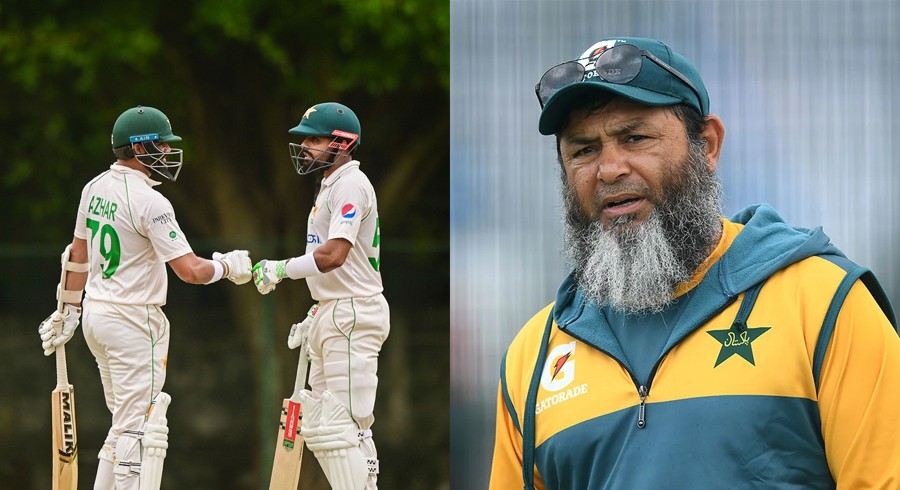 Legendary spinner Mushtaq Ahmed opened up about Pakistan’s chances ahead of a crucial series against Sri Lanka and claimed that the Men in Green are going to outperform the opposition in a two-Test series.

In an exclusive interview with CricketPakistan, Mushtaq also opened up about the importance of having leg-spinners in the team, Yasir Shah’s return to the side, and Shadab Khan’s inclusion in Test cricket.

“Pakistan team is gelling together and they are performing well. They have a chance to succeed against Sri Lankan given the conditions. We have a good bowling unit and they can leverage the reverse swing and the dampness in the pitch which is often found in Sri Lankan pitches,” said Mushtaq.

Pointing out the importance of finger spinners, Mushtaq stated that Pakistan batters will be prepared for the challenge.

“Finger spinners are highly effective on Sri Lankan pitches and if you look at Jayasuriya, he is extremely consistent with his line and length. He also varies his pace while bowling wicket to wicket. He reminds me of Herath and he was also a very difficult bowler to face,” he added.

“Australian batters struggled because of his height and on top of that, they did not have enough runs on the board. However, Pakistan batters have had time to study him and I am sure, they will come up with a plan whether that is counter-attacking him with sweeps or coming down the pitch,” Mushtaq further claimed.

Pakistan leg-spinner Yasir Shah has been named in the squad after a gap of more than a year. Speaking about his preparation, Mushtaq said:

“Yasir Shah is extremely focused and any match-winning bowler needs to have that. He has broken several records already and like Jayasuriya, the conditions are always favorable for him too.”

“He [Yasir] has worked a lot on his fitness as he wants to prove a point due to his previous performances. I think he has the potential to play the match-winning role for Pakistan,” he added.

Highlighting the importance of Mohammad Nawaz in Pakistan’s side, Mushtaq said he can be a very handy option to have in the team.

“Mohammad Nawaz is an extremely good cricketer as he can bat well too. However, in red-ball cricket, it is very important to have a repeatable action. I have not seen him bowl too much in red-ball cricket but from what I have gathered from his white-ball performances, his bowling has a certain edge as he can turn the ball. If he plays a second spinner then he can be a good option,” added Mushtaq.

Mushtaq further added that Pakistan batters are going to gain a lot from Mohammad Yousuf’s coaching since he himself was an exceptional player of spin.

“In Yousuf’s presence, who also used to be a very good player of spin bowling, Pakistan batters should not have much trouble against Sri Lanka.”

When asked about Shadab’s inclusion in the Test squad, Mushtaq said that any bowler who can bowl a good googly and a flipper is vital to have in the team.

“Any spinner which has a good googly and a good flipper should play red-ball cricket, in my opinion. Because now tailenders are grooming themselves to help with the score and removing them cheaply can help you put more pressure on the opposition,” he said.

“I have always advised Shadab to play 4-day cricket because you will only succeed in Test cricket if you have played an entire season and gotten used to the habit of bowling more regularly and more often,” Mushtaq added.

“One good example to quote here is of Hasan Ali - he played an entire First Class season after coming back from his injury. His batting also improved during all this time,” he explained.