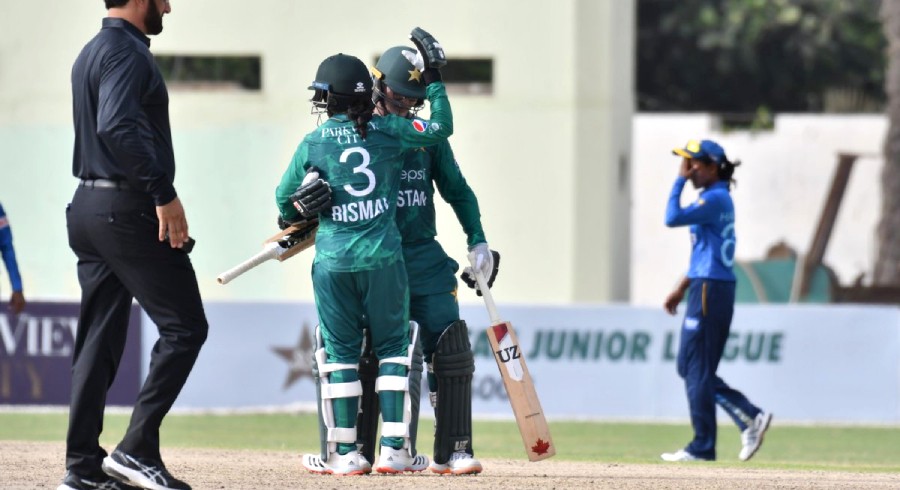 Ayesha Naseem and captain Bismah Maroof put up a 70-run partnership to give Pakistan their second win of the series by seven wickets.

Pakistan have won the three-match T20I series 2-0 with one match still to play.

Chasing a 103-run target, Pakistan got off to a rocky start as they lost three early wickets. However, Ayesha and Bismah put up a great batting display to pull the home side out of trouble.

The captain remained not-out on 22 whereas Ayesha finished as the top-scorer with 45 not-out.

For Sri Lanka, the only success they found was through Achini Kulasuriya, Oshadi Ranasinghe, and Inoka Ranaweera as they all picked up one wicket each.

Earlier, Pakistan bowlers restricted Sri Lanka to 102-6 at the Southend Club on Thursday.

Pakistan's Bismah lost the toss yet again and was asked to bowl first. The decision, however, backfired as the Pakistani bowlers put the visitors on the backfoot.

Nilakshi de Silva made 21 runs but it weren't enough to take Sri Lanka to a big total.