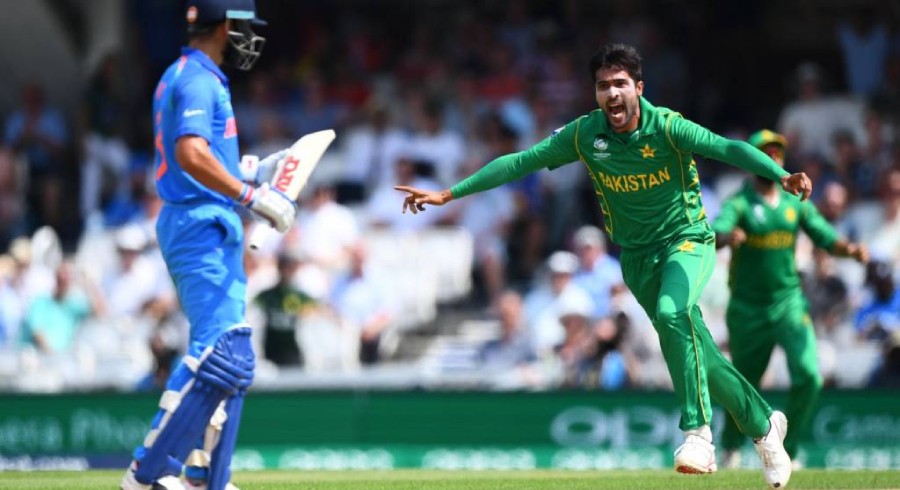 Beating India has always been a monumental moment for Pakistan cricket and to do it in a final was perhaps even sweeter as we reflect today on Men in Green's historic victory against India in the final of the 2017 ICC Champions Trophy, which happened exactly five years from now.

Having already been beaten by India in the tournament earlier, there weren't many people who would have placed their bets on Pakistan coming out on top but they did thanks to a young left-handed opener, Fakhar Zaman.

The left-hander hit 114 from 106 deliveries before the middle-order came in handy to push Pakistan's first-innings total to 338 for 4.

What followed after that will always be etched in the memories of all cricket lovers as Mohammad Amir showcased his class to dismiss all three of India's openers and set the tone for the rest of the Pakistani bowlers.

Of course, when speaking about the final, Azhar Ali's dropped catch of Virat Kohli cannot go unmentioned; the crowd gasped and remained in disbelief after Azhar failed to latch on to the catch in the slips. However, the next delivery also presented an opportunity, which was held on by Shadab Khan on point.

Speaking about the victory on its 5-year anniversary, the winning captain Sarfaraz Ahmed said that it was Pakistan's day.

Mohammad Amir, who reverted back to Azhar's dropped catch, said that he was being calmed down because he was left fuming.

"They were all backing me up as they could see how angry I was. But I channeled that anger and thankfully we got him out the next ball," said Amir.