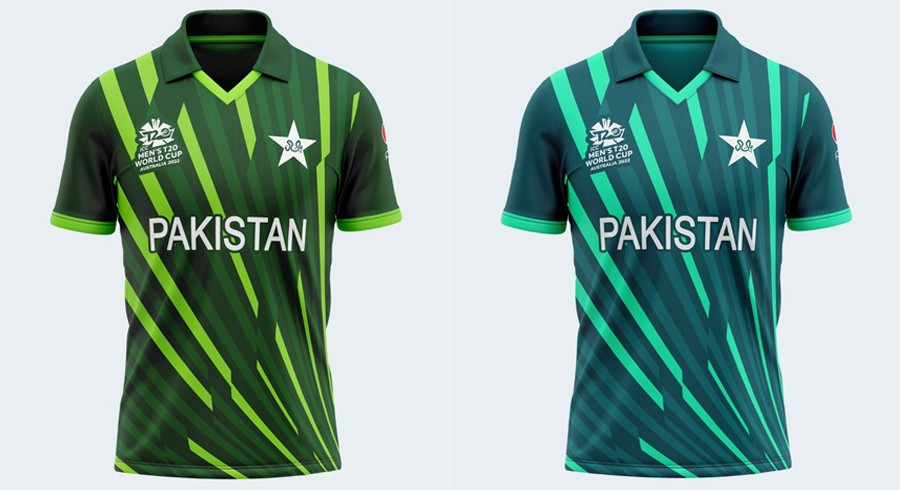 The wait is over as the jerseys of the Pakistan men's team for the T20 World Cup have been unveiled on the official merchandise store of the Pakistan Cricket Board (PCB).

The jersey has been named 'Thunder' as the design is imprinted with green and aqua blue on both main and clash jerseys. The official hashtag for the jersey is #GreenThunder.

Pakistan will start their T20 World Cup campaign on October 23 against India in Melbourne.

Son, when you were... Sohail recalls heated exchange with Virat in 2015 CWC