As per details, entering the ground on an e-ticket will not be possible 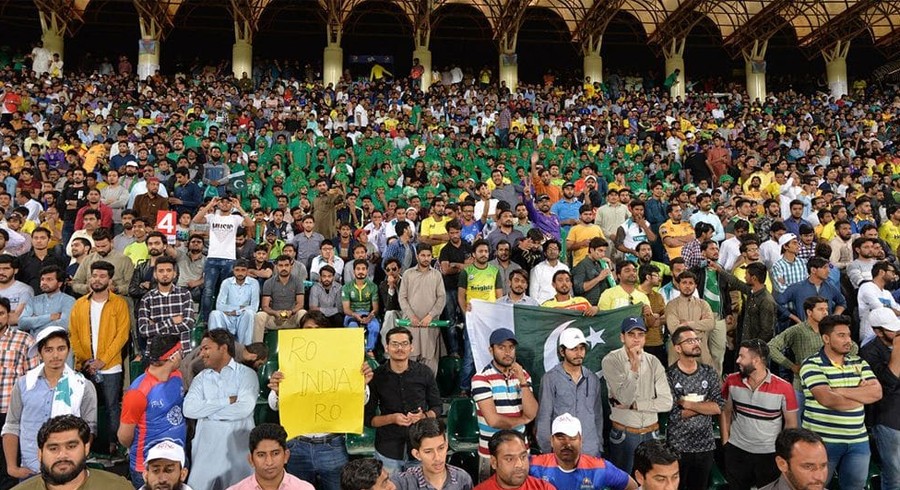 Pakistan Cricket Board (PCB) has made it mandatory for the people of Lahore to collect printed tickets from the PCB headquarters for the Pakistan-England matches at Gaddafi Stadium.

As per details, entering the ground on an e-ticket will not be possible. According to PCB’s security protocols, fans must obtain their unique paper tickets in addition to their e-tickets.

The printed tickets will be distributed at Gaddafi Stadium after authentication.  Tickets can be picked up from 12 PM to 8 PM until the deadline. The hard copy of the tickets must be obtained by 24th September.

Fans are requested to bring the ID card used at the time of purchase as all e-tickets will be verified against your NIC/B-form/Passport and ticket holders will be provided.

No pictures, photocopies or duplication of tickets will be allowed to gain access to the stadium.

During the previous international and PSL matches, entry was allowed after scanning the barcode of the e-ticket, mobile photo and photocopy, but many fans took advantage of this facility. Many e-ticket holders were not allowed to enter the stadium as their barcodes had already been scanned.

The last three matches of the seven-match series will be played at Gaddafi Stadium from September 28 to October 2.