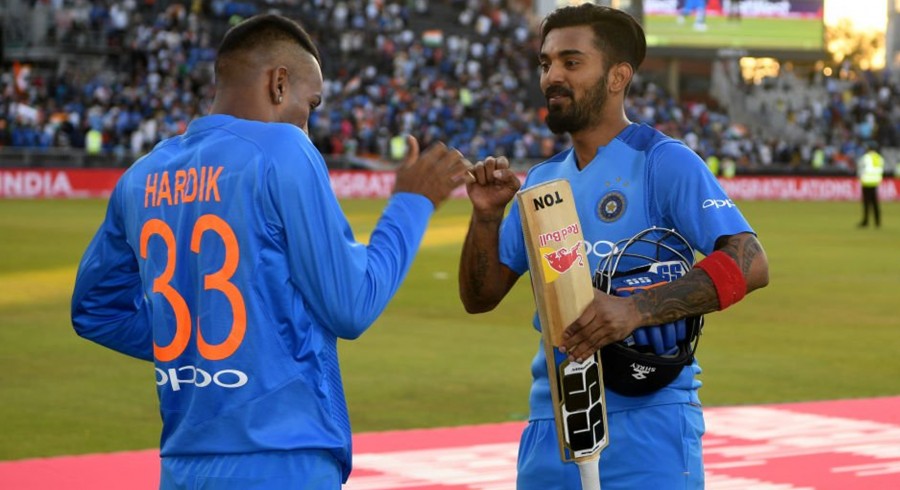 India on Friday suspended cricketers Hardik Pandya and Lokesh Rahul and ordered them to leave the tour of Australia amid an investigation into comments made about women on a TV celebrity show.

The Board of Control for Cricket in India (BCCI) said the pair would be stopped "from playing any form of cricket after their comments on a TV show.

"The duo will now return to India and an enquiry and proceedings will be made against them for misconduct and indiscipline," the statement said.

Pandya bragged about his success with women and made other sexual remarks during an Indian celebrity chat show broadcast last Sunday just as India was celebrating its historic first Test series win in Australia.

Rahul was on the show at the same time and watched his teammate's bragging that sparked outrage on social media.

The 25-year-old Pandya and Rahul apologised for their conduct after the BCCI demanded an explanation but officials unanimously decided to go ahead with an inquiry.

The Indian selectors will soon name their replacements for the ODI series against Australia and the tour to New Zealand.

Skipper Virat Kohli distanced himself from the controversy earlier Friday, saying the team does not support any "inappropriate" remarks.

"From the Indian cricket team point of view, any inappropriate comments that are made in that scenario are something that we definitely don't support," he said.

Kohli added that the two players "have understood the magnitude of what's happened".