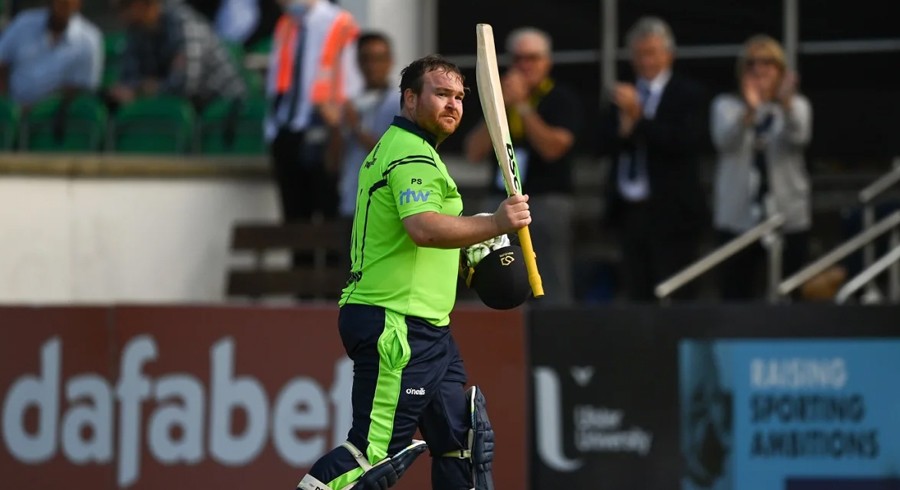 Ireland opener Paul Stirling made it to an elite group of T20I batters by crossing 3000 runs in the format at international level.

Paul Stirling joined Martin Guptill, Rohit Sharma and Virat Kohli to become the fourth player to notch up 3000 runs in men's T20Is during the fifth and final T20I against Afghanistan in Belfast on Wednesday.

The Ireland opener remains the only player from his country to make over 2000 T20I runs with the recently retired Kevin O'Brien coming in at second place with 1973 runs.

Suzie Bates, Meg Lanning and Stafanie Taylor have achieved the feat in women's T20Is. This makes Stirling the seventh player in T20Is to cross the 3000-run barrier.

Stirling, who made his T20I debut in 2009, has been a phenomenal player for Ireland over the years. He has one hundred and 20 fifties in the format while averaging close to 30 and striking at a rate of nearly 135.

On Wednesday, Stirling was dismissed for 16 in the rain-shortened series decider against Afghanistan. The visitors had their innings cut off by rain and Ireland were set a revised target of 56 to win in seven overs.

Stirling was dismissed in the fifth over of the run chase, but Ireland managed to chase down the target to register their first ever bilateral T20I series win against Afghanistan.