The former off-spinner also added that every player faces ups and downs in his playing days and not every single player in a playing XI performs. 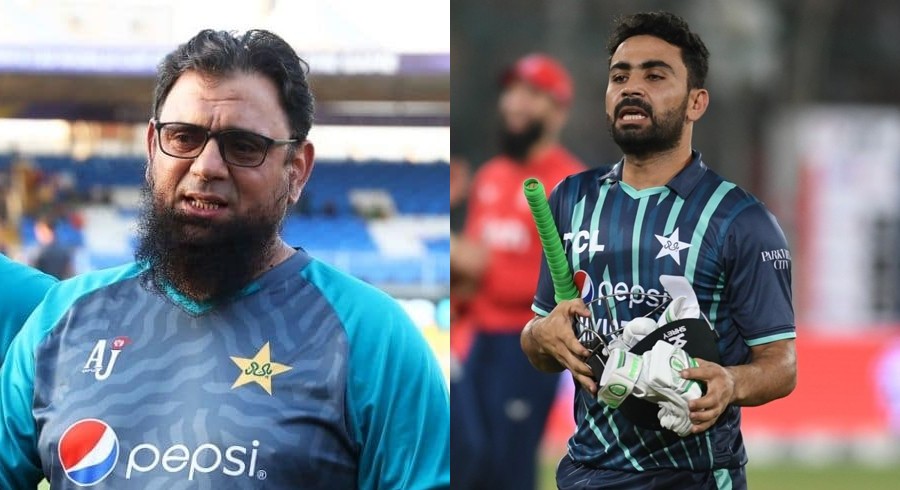 Middle-order batter Khushdil Shah has been under immense pressure over his lack of form since the Asia Cup.

However, head coach Saqlain Mushtaq thinks that thing is being exaggerated and the left-hander needs a bit of luck on his side.

"Look I don't think it is a big issue. People are exaggerating this. He [Khushdil] is very confident and enjoying his cricket. He needs a bit of luck," said Saqlain on the sidelines of Pakistan's training session in a video posted by Paktv.

"Sometimes you get the stage or a tailor made situation. Or sometimes you need some luck, you get a couple of boundaries and then your confidence becomes sky high," he added.

Khushdil Shah been labeled as 'parchi' and people were also seen chanting the slogan after he was dismissed in the final T20I against England.

On the criticism regarding Khushdil Shah, the former off-spinner also added that every player faces ups and downs in his playing days and not every single player in a playing XI performs.

"Our people are very emotional, I think we should be making decisions based on our mind and not through our emotions. I understand people love Pakistan, ourselves and even the players, they are ready to sacrifice themselves on the field.

"There are ups and downs in the performance of a player, this is part of a game. But I think we shouldn't be personal with any individual. Every single player in a team will not perform, even if you see the 1992 World Cup, how many players had performed and how many couldn't do well."

Pakistan is in New Zealand for a tri-series where Pakistan faces Bangladesh tomorrow. Saqlain emphasized the Men in Green will try different things ahead of the World Cup, which is set to be played in Australia.

"Obviously this series is very important for us in terms of the World Cup. We are really looking forward to that and we are here to try a few things as well to prepare ourselves for the World Cup.

"It is quite chilly here but as a professional, you don't think that way. You feel excited to be performing for your country and do something special. These boys have done brilliantly for the last couple of months and since the last World Cup, they have played really good cricket. Everyone here is quite confident."