United down Zalmi after high-scoring thriller in HBL PSL 6 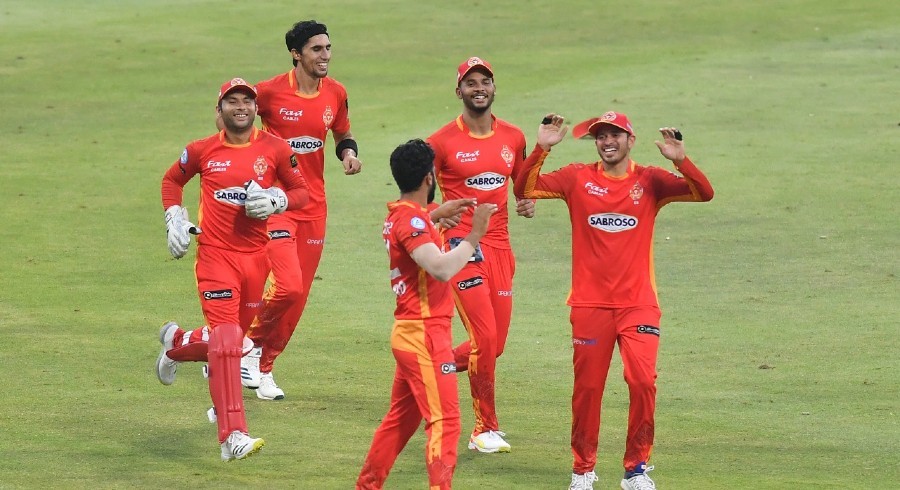 Islamabad United, led from the front by stand-in captain Usman Khawaja, overpowered Peshawar Zalmi in a high-scoring thriller to win by 15 runs during their encounter in the Habib Bank Limited (HBL) Pakistan Super League (PSL) season six on Thursday.

Chasing down the highest-ever total of the HBL PSL, Peshawar Zalmi got off to a bad start as pacer Akif Javed removed explosive opener Hazratullah Zazai for a golden duck, caught phenomenally by fielder Hasan Ali.

Batsman Imamul Haq was the next to depart, caught by fielder Hasan Ali off pacer Akif Javed, after scoring seven runs off eight balls.

Opener Kamran Akmal however refused to be bogged down by the fall of wickets at the other end and continued playing with intent.

The explosive batsman managed 53 runs off 32 balls before being removed by all-rounder Hussain Talat, caught by fielder Iftikhar Ahmed.

Pacer Akif Javed then picked up his third wicket of the match after removing batsman Rovman Powell, caught behind by wicketkeeper Mohammad Akhlaq, after he had scored 14 runs off 11 balls.

With Peshawar Zalmi behind the required run-rate, batsman Sherfane Rutherford came out with all guns blazing.

The batsman raced to 29 runs off just eight balls before being removed by pacer Hasan Ali, caught by wicketkeeper Mohammad Akhlaq.

Veteran all-rounder Shoaib Malik appeared to be Peshawar Zalmi’s last hope. The batsman raced to 68 runs off 36 balls but succumbed to all-rounder Hussain Talat (bowled) as Islamabad United appeared on track for victory.

Tailenders Wahab Riaz and Umaid Asif tried valiantly towards the end remaining unbeaten on 28 runs off 15 balls and 20 runs off nine balls respectively as Peshawar Zalmi could only manage 232 runs for the loss of six wickets, falling short by just 15 runs.

Akif Javed was the standout bowler for his side picking up three wickets.

Earlier, after losing the toss and being asked to bat first, Islamabad United’s stand-in captain Usman Khawaja and opener Colin Munro got their side to a solid start.

The two batsmen started cautiously before hitting a higher gear to combine for a 98-run opening stand off just 59 balls.

Veteran all-rounder finally got the better of Colin Munro, bowling the batsman after he had scored 47 runs off 28 balls.

The next batsman in was Asif Ali who went on a rampage against the Peshawar Zalmi bowler.

The explosive batsman scored a quickfire 43-run knock off just 14 balls, with two fours and five sixes, before being removed by pacer Sameen Gul, caught by fielder Hazratullah Zazai.

Islamabad United however were not willing to take their foot of the gas. Usman Khawaja was then joined by batsman Brandon King and the duo smashed an unbeaten 102-run partnership off just 43 balls to propel their side to 247 runs for the loss of two wickets in their allotted overs.

Brandon King played an enterprising and unbeaten knock of 46 runs off just 22 balls.

Usman Khawaja was the real star of Islamabad United’s effort making an unbeaten 105-run knock off just 56 balls to drive his side to the highest total in the history of the HBL PSL.

Pacer Sameen Gul and veteran all-rounder Shoaib Malik were the only successful bowlers for their side picking up one wicket apiece. 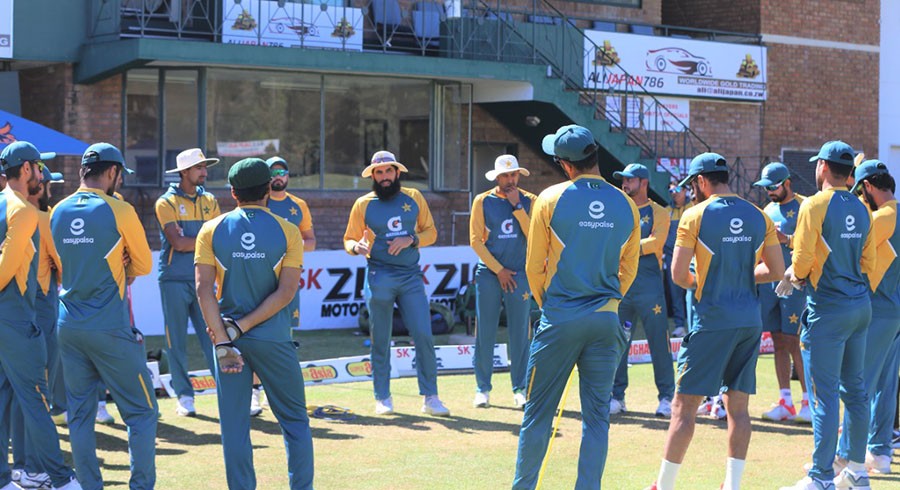