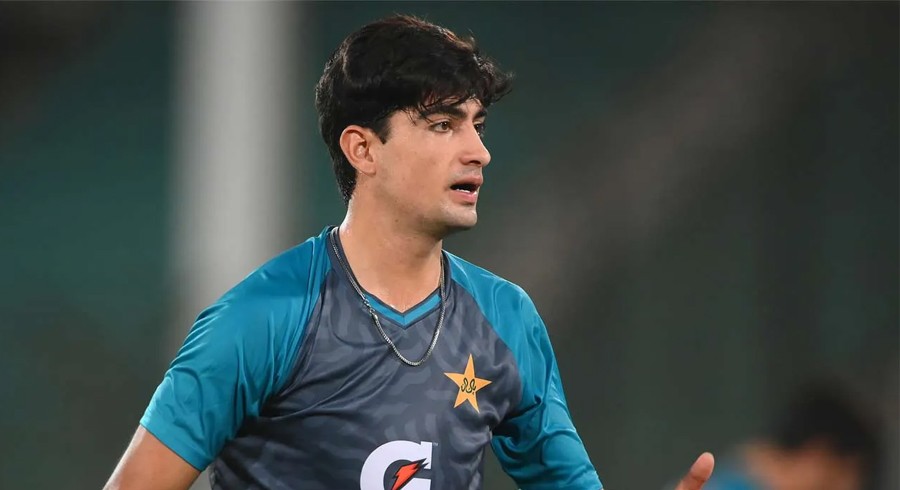 Pakistan fast bowler Naseem Shah has been ruled out of the final two matches of the T20I series against England.

The 19-year-old was admitted to the hospital on Tuesday night due to a viral infection in his chest. Pakistan Cricket Board (PCB) disclosed that the pacer has contracted pneumonia.

PCB has updated that the pacer has returned to the team hotel after being discharged from the hospital. His condition has improved but has returned positive for COVID-19. He will follow all the virus protocols in the hotel. His COVID-19 test was taken yesterday and PCB received his report today.

It must be noted that Naseem had to play the fifth T20I but withdrew from the game after his health deteriorated.

Naseem played the first match of the series and went for 41 runs in his four wicket-less overs. Pakistan lead the seven-match series by 3-2, with the final two matches remaining on September 30 and October 2.