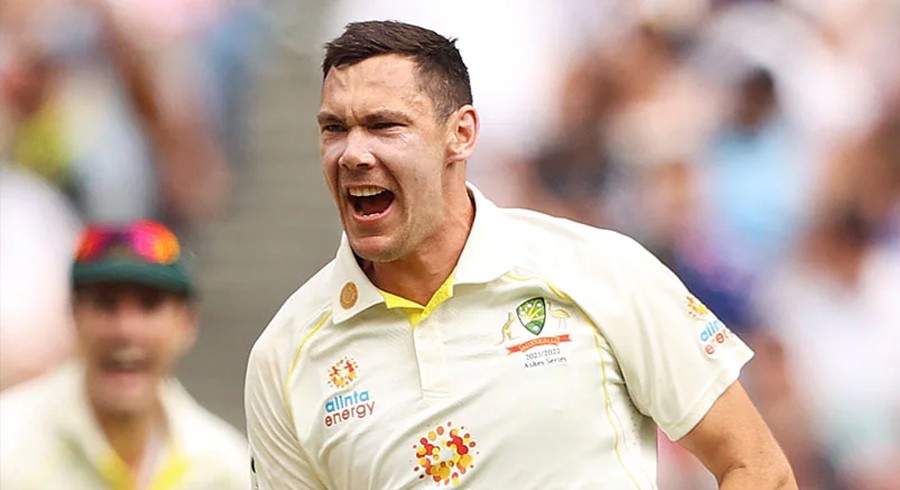 Scott Boland became only the second Indigenous Australian to play a men's Test match on Sunday, taking a wicket on debut at the Melbourne Cricket Ground as Australia dominated England on day one of the third Ashes Test.

The 32-year-old Boland followed in the footsteps of trailblazer Jason Gillespie who played his last Test in 2006.

"It means a lot to join a pretty small club and hopefully it's just the start of something big for the Indigenous community in cricket.

"I just hope I can be a role model for young Indigenous kids to want to play cricket.

"I think the Indigenous community in AFL and rugby are so big and hopefully one day Aboriginals in cricket can be just as big."

Indigenous Australians are prominent in the country's most popular winter sport competitions, the Australian Football League (AFL) and National Rugby League, but cricket has struggled to develop players to the highest level.

Boland, who plays his domestic cricket for Victoria at the MCG, grabbed his place in the side following injuries to first-choice paceman Josh Hazlewood and fast bowler Jhye Richardson.

Hazlewood presented Boland with the baggy, green cap worn by Australian Test players before the toss, and the debutant soaked up the day in front of a festive Boxing Day crowd of 57,100.

Pat Cummins's Australia were in command at 61 for one at stumps after bowling England out for 185.

The third seamer behind Cummins and Mitchell Starc, Boland was unlucky to miss out on wickets in the first two sessions but finally broke through after tea when he trapped tailender Mark Wood lbw for six.

Wood reviewed the decision but it was upheld, with the ball-tracking technology showing the ball would have crashed into middle stump.

"So happy. All my teammates really got around me which made it really special," said Boland.

"When I went down to the boundary the crowd was going nuts."

Who are Indigenous Australian cricketers?

The term Aboriginal and Torres Strait Islander peoples or the person’s specific cultural group is often preferred, though the terms First Nations of Australia, First Peoples of Australia, and First Australians are also increasingly common. The efforts of Indigenous cricketers were instrumental in the years ahead of the creation of one of the greatest international rivalries in world sport: The Ashes.