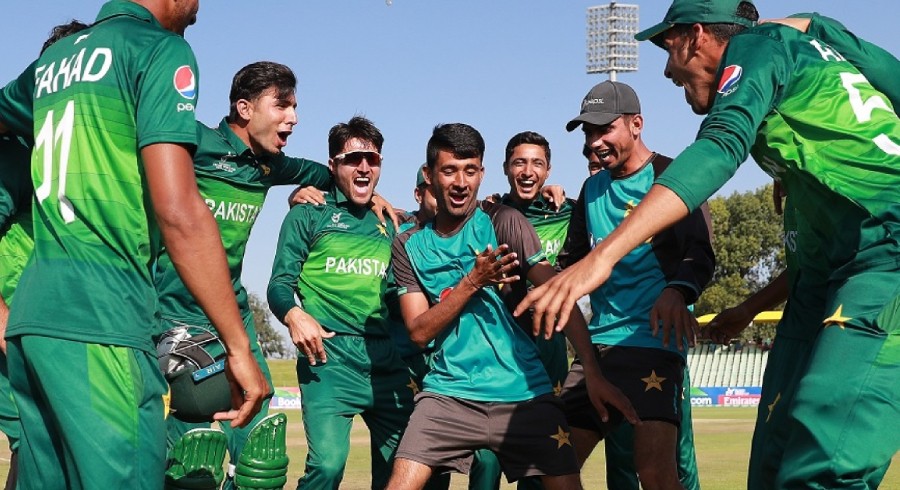 Central Punjab all-rounder Qasim Akram will lead the 15-player Pakistan U19 squad in the ICC U19 Men’s Cricket World Cup which will be played in January-February 2022 in the West Indies. The Lahore-born Qasim will also captain the team in the U19 Asia Cup that will be played in the UAE later this month.

"We have identified and selected the players who have the potential to not only deliver the goods in these two events but also have a bright future ahead," Saleem Jaffer.

The junior selection committee of the Pakistan Cricket Board had invited 21 high-performing cricketers born on or after 1 September 2002 (eligibility criteria) for a training camp that is currently underway in Lahore to prepare the side for the two tournaments, the camp began last week.

Besides the final 15 for both events, the squad also includes two travelling reserves who will be part of the touring party for both tournaments.

The squad includes four players who took part in the preceding U19 World Cup that was played in South Africa in January-February 2020, Pakistan finished third in the event. Qasim, openers Abdul Wahid Bangalzai and Mohammad Shehzad and middle-order batter Irfan Khan Niazi were the four players to feature in the South Africa event.

Following the 2020 event, Qasim was hugely impressive for Central Punjab in all three formats in the 2020-21 domestic season which was his first, Abdul Wahid scored a double-century for Balochistan in the ongoing Quaid-e-Azam Trophy besides impressive batting in the National T20.

Irfan appeared for Central Punjab in the National T20 and has already earned the reputation of being a clean striker of the ball, Shehzad was also one of the most prolific batters in the 2021-22 U19 one-day and three-day events.

Abdul Faseeh, Haseebullah, Rizwan Mehmood and Maaz Sadaqat were the standout performers with the bat in the domestic U19 circuit. Pacers Ahmed Khan, Awais Ali and Zeeshan Zameer have also performed admirably besides impressing the selectors and coaches with their potential.

Pakistan Shaheens and U19 head coach Ijaz Ahmed will lead the support staff on the two tours.

Chairman Junior Selection Committee Saleem Jaffer: “Selection of U19 squads is always one of the most challenging and difficult tasks due to the available pool of talent. And this selection was no different, but we have tried to pick the best available 17 players who can help Pakistan win the World Cup for the country.

“The PCB has prepared a robust plan for pathways cricket and I can assure all teenage cricketers who have missed out on selection this time that they will get a chance at some stage down the line.

“I want to congratulate the 17 players who have made into the squad for the UAE and the West Indies tournaments. I remain confident that this side has the capability and potential to do well in both the upcoming events.”