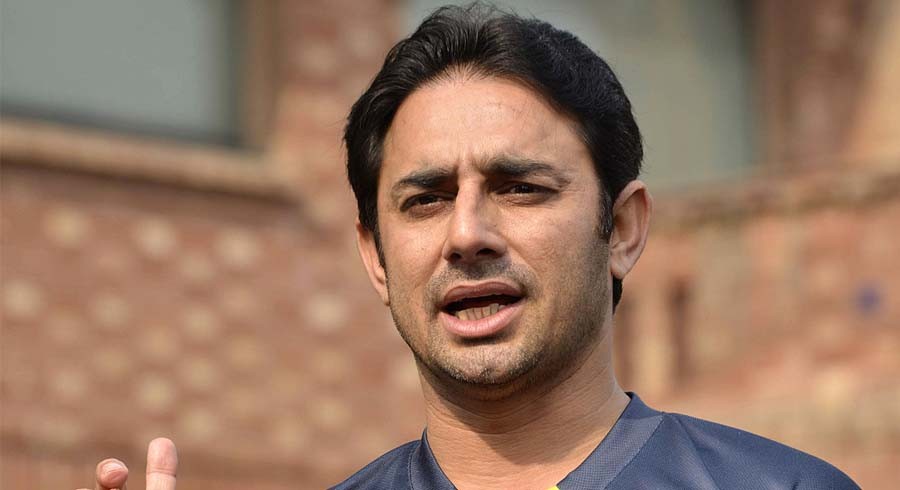 Pakistan’s legendary spinner Saeed Ajmal has strongly opposed the mindset that the ‘flat pitches’ excuse is enough for bowlers to ultimately not pick up wickets, especially spinners.

In an exclusive interview with Cricket Pakistan, Ajmal said that stepping into the ground after declaring it a ‘flat pitch’ is already a loss and that spinners should be able to provide breakthroughs in every condition.

“If the spinner is going to look at the pitch and then bowl, what is the point of being a spinner then? Spinners need to learn to perform in all conditions. These were flat pitches and honestly, many decks in Test cricket are like this,” he said. “The notion that Pakistan always had spin wickets was never the case. Even when we were playing in the UAE, we had to spin the ball and it did not just magically happen.”

“There are two things; one is where you spin yourself and the other where spin happens for you. These are two fundamentally different things. The one who spins himself can take wickets in any condition. Our problem is that we don’t utilise the pace variations enough,” Ajmal added.

“Nauman Ali bowled relatively well and the wicket of Cameron Green is a perfect example; the ball pitched on the leg side and spun to clip the middle and off-stump. Although there weren’t many deliveries like that but that is an example of how bowlers creating opportunities when the track is not supporting you,” he explained.

Ajmal slammed the players that they should quit cricket if they are that bothered when it comes to bowling on flatter pitches.

“To take wickets, you need temperament. You need to bowl a good 8-10 overs to play mind games with the batsmen and then you will be able to execute your plan. If you want to complain about ‘flat pitches’ then you should quit cricket,” Saeed further added.

In response to the question regarding the pitch quality in the Pakistan-Australia Test series thus far, Ajmal said: “When you go abroad, you prepare for bouncy pitches. In order to perform in India, you need to be good at playing spinners. For Pakistan, the only requirement is that the batsmen just know how to bat.”

“Our strength can also be spin tracks and Australia don’t necessarily play spin well. Nauman Ali picked up six wickets on a flat pitch, imagine how our bowlers will perform if the pitch conditions are a bit more suited to our spinners,” said Ajmal.

The former off-spinner further added that Pakistan does not have variety at this moment as both our spinners can be termed as orthodox off-spinners.

“The only way we win is by creating spin pitches and I 100 percent agree that Lahore Test match pitch should be prepared as such,” admitted Ajmal.

Ajmal said that Pakistan created history while addressing the efforts of Abdullah Shafique, Babar Azam, and Mohammad Rizwan which earned a famous draw in Karachi.

“To play 172 overs and then draw the match, is an incredible feat for Pakistan and it is worthy of never-ending praise. Even the opposition and Indians appreciated their efforts which also speaks volume,” he said.

Islamabad United coaching member Ajmal said that Babar Azam is a generational player and we don’t see these kinds of players every day.

“Previously, it was Virat Kohli and now it is Babar Azam. These are generational players and you will not come across them all the time,” he said.

He further claimed that Mohammad Rizwan is arguably the most improved player in the entire cricketing world at this moment.

“Mohammad Rizwan is the most improved cricketer in the world; he has played and performed in every format in which he has played. He has registered immense performances,” he added.