Racism is slowly handicapping our beloved game of cricket

Since racism has existed for decades, its impacts can be seen in all walks of life; be it a workplace, showbiz industry, politics, and even sports 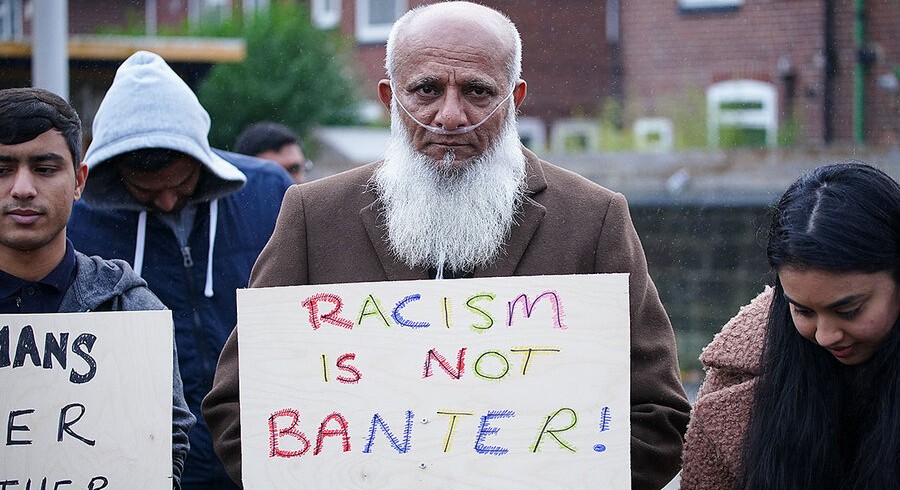 Racism has plagued the society for far too long and has existed for decades. Racism now, however, has evolved like most things in the modern world; it originated from slavery and seeped itself into the culture of various societies. Throughout history, while racism has existed, there have been a number of prominent icons who have championed the cause of going against racism; from Rosa Parks to Martin Luther King, and from Nelson Mandela to Malcom X, all of them dedicated their lives to the cival war of going up against racism.

The problem, however, is not only limited to one aspect of life. Since racism has existed for decades, its impacts can be seen in all walks of life; be it a workplace, showbiz industry, politics, and even sports.

The most recent and perhaps one of the biggest cases of racism was brought to light in October 2020 when Azeem Rafiq, a Muslim cricketer, revealed that he had faced racial discrimination during his time at the Yorkshire Cricket Club.

"I have been in dressing rooms where things have been said, and, really, I should have stopped it. I had a captain who was openly racist. […] There’s one comment that stands out for me. And I remember it to this day. It was around the time of my debut. There was me, Adil Rashid, Ajmal Shahzad and Rana Naved-ul-Hasan. We’re walking onto the field and one player said: ‘There’s too many of you lot. We need to have a word about that’," said Azeem Rafiq.

Later on, it was also revealed that Azeem Rafiq had contemplated taking his own life due to discrimination, which compelled Rafiq to state that the authorities need to "wake up" otherwise someone is going to be "tipped over the edge".

This debacle rocked the entire cricketing nation as England, who are renowned for being the brand ambassadors of the game, were on the forefront of one of the biggest controveries in the history of cricket. The inquiry took almost a year and a number of internal investigations were conducted to get to the root cause of the problem.

Eventually, the United Kingdom government took notice of the matter and urged the respective authorities to take the necessary action. The DCMS Committee Chair, Julian Knight, said: "It is evident to us that there is a deep-seated issue of racism in cricket. More pertinent, it is evident to Yorkshire County Cricket Club and the England and Wales Cricket Board that there is an issue of racism in cricket."

At the end, Azeem Rafiq got the justice as the Yorkshire Cricket Club went through a major overhaul on the instructions of the ECB and a public apology was issued to the cricketer for sustaining years of abuse and racist remarks aimed towards him and other players.

The fifth Test between England and India also saw an example of blatant racism when Indian fans were called "Curry c***s" and "Paki b******s". A fan shared his thoughts on social media and claimed that he informed the stewards "at least 10 times but no response and we were all told is to sit in our seats."

However, due to the Azeem Rafiq case, ECB has stepped up its efforts to respond to racism within the game and an investigation is underway into allegations of racist abuse among the crowd on day four of the fifth Test match.

The allegations were highlighted by Yorkshire cricketer Azeem Rafiq, who said it was “disappointing to read”, and flagged several of the allegations via retweets on his Twitter account.

The England and Wales Cricket Board said it was “very concerned” at the reports and reiterated its stance on racism. “We are very concerned to hear reports of racist abuse at today’s Test match. We are in contact with colleagues at Edgbaston, who will investigate,” read an ECB statement.

More recently, a case of racism against Waqar Younis was also brought to light by Ramiz Raja Jnr. who claimed that he was personally discriminated against along with many other Karachi-born players.

"He told me to learn Punjabi to survive in the team. They used to speak Punjabi in all team meetings," Ramiz Raja added. "Once I asked him to go for training with Sohail Bhai. He refused and said 'this is not Karachi team.'"

This is not the first time Waqar Younis has been pointed out for showcasing as previously, Ahmed Shehzad claimed that his career was handicapped by Waqar Younis and Misbah-ul-Haq for publishing a "biased report."

In a bid to understand the situation better, let's take Sarfaraz Ahmed's incident against South Africa as an example. The incident occured during the second ODI of the five-match series in 2019, when Sarfaraz was caught "sledging" on a broadcast stump microphone.

South Africa's Andile Phehlukwayo was on strike when the ball took an inside edge which frustrated then-captain Sarfaraz Ahmed and he went on say: “Hey black [man], where is your mother sitting? What prayer did you get her to say for you today?”

During the live telecast, commentator Mike Haysman asked his fellow commentator Ramiz Raja as to what Sarfaraz was saying.

“Difficult really to translate that. It’s a big long sentence. [He’s] obviously feeling that the left-hander has been very lucky,” Raja replied.

Sarfaraz's sledging, however, might not raise any eyebrows for many locals as such language has become a part of our culture. It is not deemed offensive anymore, same as how many people might pass racist remarks without realising; this is because of the social trends and how we, as a society, have become extremely inconsiderate.

Role of Sports in Uniting Everyone

After the Black Lives Matter movement kicked off in America, sports played a critical role in showcasing unity against racism. England's national football team took a knee in all of last year's European Championship tournament matches. In addition to this, all football leagues also followed the same trend; either it was taking the knee, a one minute silence, or standing still with their hands held up against their heart.

English Premier League launched an official logo for "no room for racism," which was shown alongside all the football matches to raise awareness and help people become tolerant through sports. After all, seeing your icons follow a trend such as this is bound to have a positive impact on you. To further build on this example, Liverpool's premier player Mohammad Salah was born and raised in Egypt. Ever since his rise to fame in Merseyside, hate crimes against Muslims have gone down along with online hate speech, according to reliable studies conducted in the UK. This depicts a certain power these sports icons have and should not be underestimated.

Before this, it was Colin Kaepernick - an American football quarterback - who was one of the first few sports personalities to take a stand against racism. Since Kaepernick's protest occured in 2016, long before the fight against racism became this apparent, he was faced with a lot of backlash and even hindered his promising career. However, he remained true to the cause and is now considered to be an American civil rights activist.

In order to live a healthy life, we all need to come together and accept other people as who they are. There should be no distinction created based on color, cast, or creed as the world is already divided enough. Let's not fuel the fire anymore.