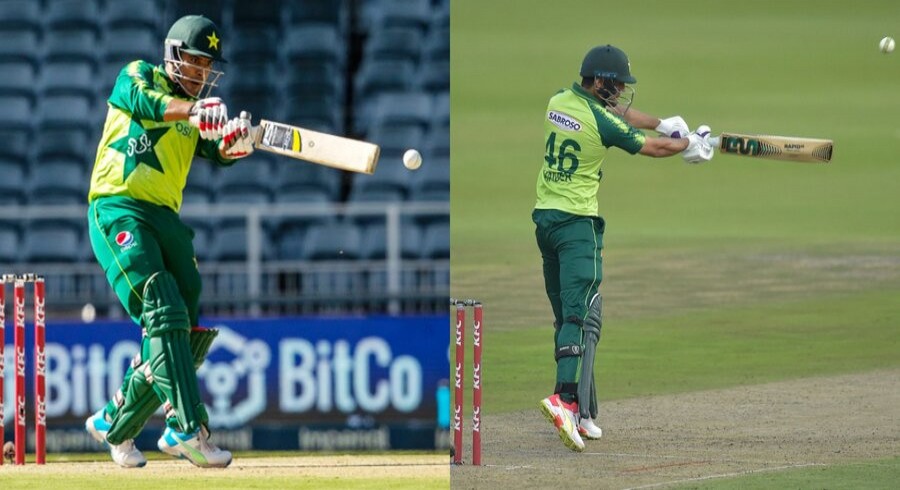 Former cricketers, Ramiz Raja and Inzamamul Haq, have criticised the batting approach of opener Sharjeel Khan and rookie batsman Haider Ali in the second Twenty20 international (T20I) against South Africa at the Wanderers on Monday.

Explosive opener Sharjeel, who made a comeback in Pakistan team after four years, was caught by Aiden Markram off the bowling of George Linde, scoring just eight runs off 12 balls.

While speaking in a video on his YouTube channel, Ramiz said that Sharjeel wasted an ideal opportunity to make an impact in his comeback match.

"Sharjeel needs to realise that he is getting an opportunity after a long time. He wasted that opportunity very easily. No matter how big a power-hitter you are, you can’t afford to take risk on every ball as it increases your chances of getting out. You might be able to play a great innings once in a while with this approach, but your chances of failure will also be bright. He didn’t read the situation well and played a ridiculous shot," Ramiz said.

Inzamam, on his YouTube channel, also advised Haider Ali to not be overly aggressive when he goes out to bat. The 20-year-old Haider Ali was only able to muster 12 runs off nine balls before he was removed by spinner Tabraiz Shamsi, caught by fielder George Linde.

"Haider Ali is a good player and looks like a natural power-hitter, but he can’t hit on first ball or every ball. He has been scoring only around 10 or 15 runs for the past few matches. He needs to use his ability and give himself time at the crease, so he can score. Batting is not only about hitting boundaries," Inzamam said.