Ravi Shastri opens up on on-field rivalry with Javed Miandad 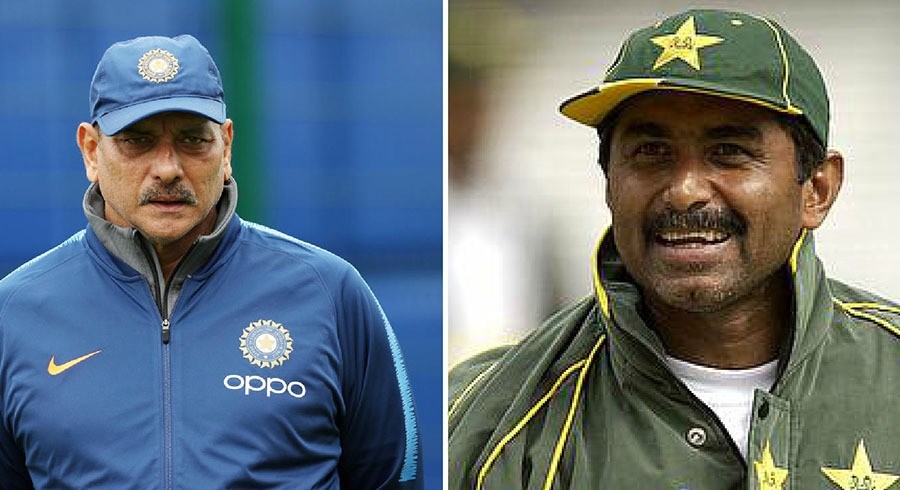 India’s former cricketer and current head coach Ravi Shastri, in a Facebook Live session on Tuesday, opened up on his on-field rivalry with Pakistan’s legendary batsman Javed Miandad, while stating that beating the Men in Green in the Benson and Hedges World Championship final in 1985 was his fondest memory from the tournament.

Shastri claimed that Miandad had his sights on the player of the tournament award, that the former won, which was in the form of an Audi 100 sedan.

"Stuffing Pakistan in the final is my favourite memory. He tried to get it [award]. But honestly, Javed would have never won it. He would try to get under your skin on the field," said Shastri.

The 57-year-old also stated that the Indian team of 1985 was the strongest team the country has ever produced and could give the Kohli-led side of today a run for their money any day.

"Yeah, no question about that. Take any team that India puts up in white-ball cricket, the best of what it has to put out, the team of ’85 will give that team a run for the money. Many people thought it [the 1983 World Cup win] was a one-off. But the boys were excellent in 1985, with Sunny [Sunil Gavaskar] leading from the front," he concluded.

The former all-rounder had represented his country in 80 Tests and 150 One-Day Internationals (ODIs), while scoring 3830 runs and 3108 runs in each format, respectively.