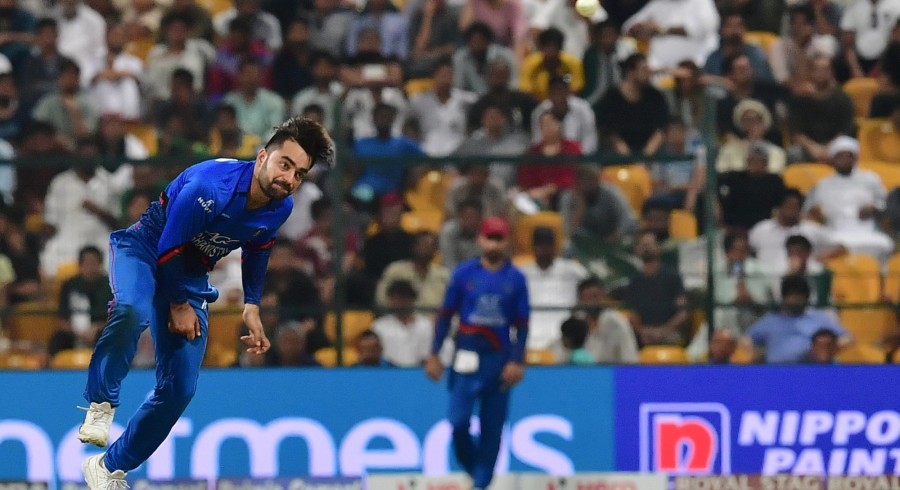 The rise of Afghan cricket is one of the great sporting fairy-tales and it is showing no signs of ending after their record-breaking Twenty20 series sweep over Ireland.

Spin king Rashid Khan became the first bowler to take four wickets in four balls in a T20 international as Afghanistan convincingly won the third and final match in Dehradun on Sunday.

It came after Afghanistan's world-record innings of 278-3 on Saturday, including opening batsman Hazratullah Zazai's 162 off 62 deliveries in which he hammered 16 sixes and 11 fours.

The performances, which come after Afghanistan and Ireland were both awarded Test status in 2017, show the Afghans cannot be taken lightly at this year's ODI World Cup in England and Wales.

War-torn Afghanistan's ascent is astonishing as their players learned cricket in Pakistani refugee camps before eventually joining the world's elite.

Khan, who has taken 118 wickets in 52 one-day internationals and 75 in 38 T20 games, stood out with his magical leg spin. He bagged 11 wickets in the three games against Ireland.

Afghanistan have made rapid strides since making their World Cup debut in 2015, and they played their first Test — cricket's prestigious, five-day format — in India last year.

Afghanistan are preparing to take part in the 10-team World Cup in England and Wales from May 30, where they will hope to set off more fireworks.