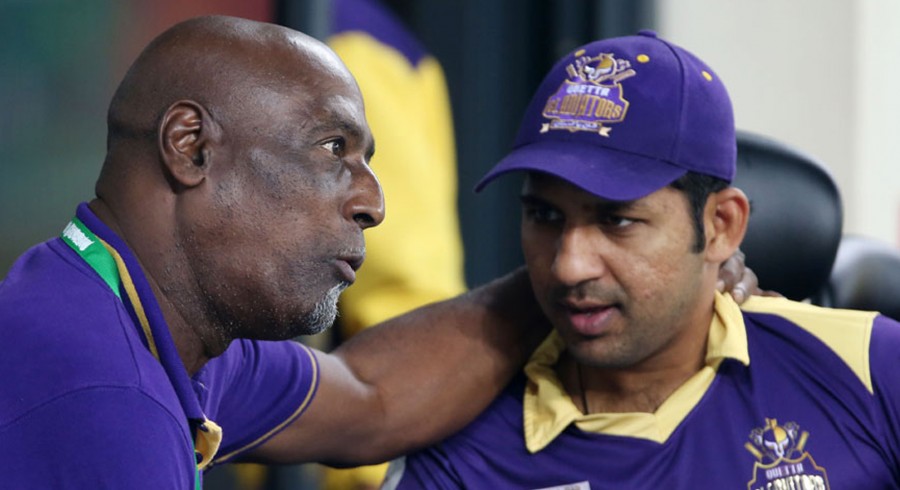 Sharing his thoughts during the match between Gladiators and Lahore Qalandars, Richards said that he is proud to be part of such a talented group of individuals.

“To be fair it’s the camaraderie and the spirit in which we play,” said Richards. “We have a motto in the Gladiators that we believe in ourselves, have a never say die attitude while also competing as hard as we can.”

He added: “I’m happy that we have started the tournament so well. It’s good to be with such a talented bunch of individuals. I have been with the squad for the past four years and I’m absolutely proud of them.”

The former right-handed batsman also has no intentions of leaving the franchise in the near future.

“This is my fourth year and I’m looking forward to it as each and every year goes by,” he said. “This is such a great environment and I’m so happy to be a part of it.”

The 66-year-old also heaped praise on the Pakistan national side and the fact that they have a massive talent pool.

“Pakistan’s talent pool is huge, especially in the fast-bowling department,” he said. “There is also talent in the batting department as well.”

He added: “If you look at the Champions Trophy 2017 triumph, it tells you that Pakistan is a very competitive side.”