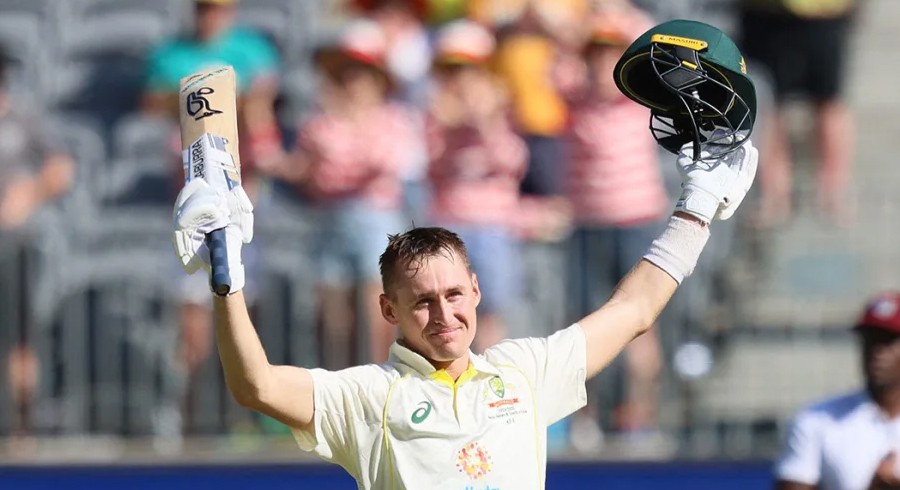 The reign of Joe Root as the No.1 Test batter in the world is over with Marnus Lasbuschagne scaling the heights to claim top billing and lead an Australian domination at the head of the ICC Men's Test Batting Rankings.

Root obtained the top ranking during a golden run with the bat over the most recent English summer, but a mixed performance in the recent first Test in Pakistan and a strong showing from Labuschagne against the West Indies has seen a major shake-up at the head of proceedings.

The ICC released their latest update to their player rankings on Wednesday and Labuschagne was the big winner as he claimed top spot from Root and closed in on a career high rating in the same process.

Labuschagne registered scores of 204 and 104* against the West Indies during the first Test in Perth and that helped the Australia No.3 take the top ranking and rise to a total of 935 rating points.

That mark is just one rating point behind Labuschagne's best-ever rating of 936 that he achieved after playing in Pakistan earlier this year and has him on the verge of entering inside the top 10 ratings for batters of all time.

The right-hander will get the chance to move past the likes of West Indies great Sir Vivian Richards and former India captain Virat Kohli with a good performance in the second Test in Adelaide this week, while teammate Steve Smith will also be eying off more rating points after he also improved past Root and into second place on the latest rankings for Test batters.

Smith hit a double century of his own against the West Indies during the Australia's first innings in Perth and that helped the veteran batter take second place on the rankings with a total of 893 rating points and just ahead of Pakistan captain Babar Azam (879) and Root (876).

Australia captain Pat Cummins maintains his commanding lead at the head of the latest Test bowler rankings, although his gap at the top has been reduced following an impressive performance from a pair of England bowlers during their thrilling first Test triumph over Pakistan in Rawalpindi.

Evergreen pacer James Anderson and fellow quick Ollie Robinson snared five wickets apiece during the epic contest and were duly rewarded with eye-catching moves inside the top 10 on the bowler charts.

Anderson improves two spots to third, while Robinson jumps to a career high rating of 754 points and rises seven spots in total to eighth overall.

There was also some movement on the latest ODI rankings, with a pair of experienced spinners the biggest beneficiaries from recent performances in 50-over cricket.

Afghanistan ace Rashid Khan jumps four spots to sixth overall following his four wickets in the third and final match of the ODI series against Sri Lanka, while fellow tweaker Shakib Al Hasan improves seven spots to ninth on the back of his five-wicket haul against India in Mirpur.

Kiwi pacer Trent Boult holds on to his place as the No.1 ranked ODI bowler, with fellow New Zealand quick Matt Henry gaining one place to fourth following their recent series against India.

The only change on the latest rankings for ODI batters sees a pair of veteran batters swap places, with New Zealand skipper Kane Williamson rising two spots to eighth and Kohli dropping two places to 10th as a result.