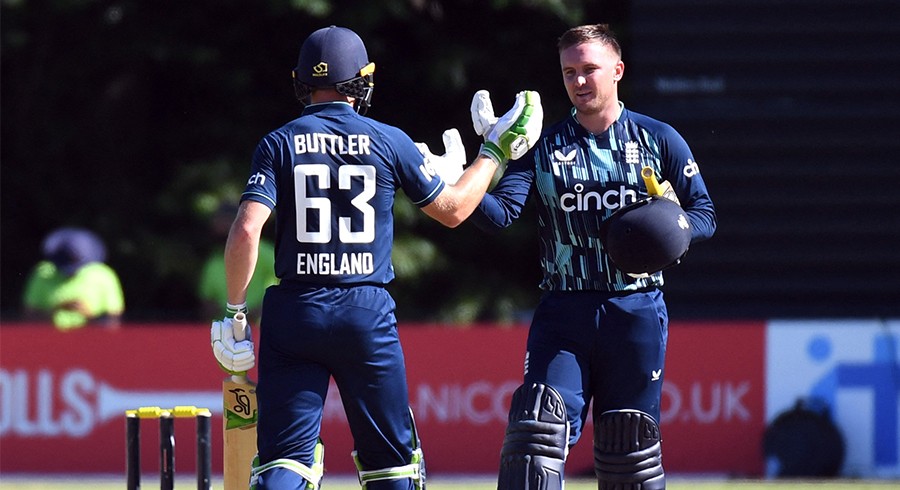 England completed a 3-0 drubbing of the Netherlands by winning the last match of their ODI series by eight wickets on Wednesday despite the absence of injured captain Eoin Morgan.

The Dutch collapsed to 244 all out after an encouraging start to their innings and Jason Roy's unbeaten century helped England polish off their run chase with nearly 20 overs to spare.

Roy struck 15 fours in his 101 -- his 10th ODI century -- and Jos Buttler also tucked into the Dutch attack, ending the match with a huge six into the trees to finish on 86 not out.

Another enthusiastic crowd at the VRA Ground in Amstelveen had watched half centuries by Max O'Dowd (50), Bas de Leede (56) and Scott Edwards (64) help the Dutch reach 203-3.

Morgan, who scored ducks in the first two matches of the series, missed out with a groin problem.

Buttler captained the side in his absence.