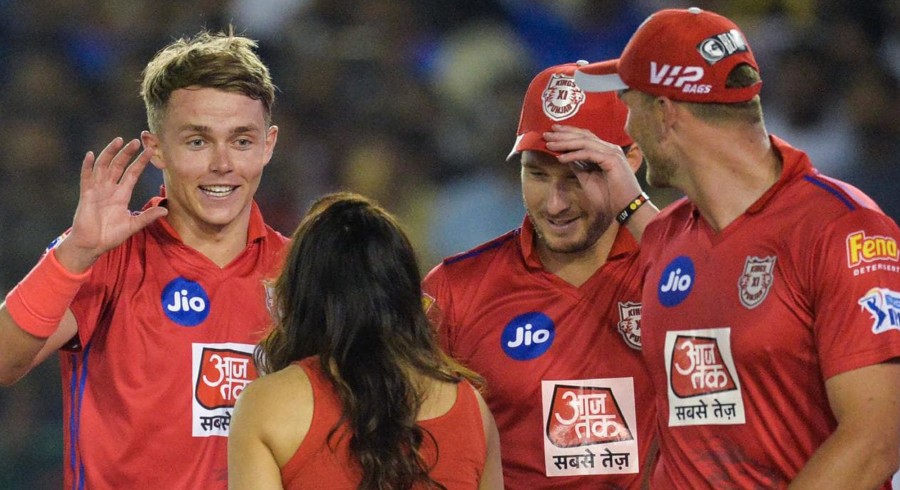 Curran returned figures of 4-11 in just 2.2 overs of medium-pace bowling as Delhi lost seven wickets for eight runs and were bowled out for 152 in their chase of 167 in Mohali.

The 20-year-old Curran, who was bought by Kings XI Punjab for $1 million (890,000 euros) in the IPL auction in December, also hit 20 off 10 deliveries while opening the batting in place of Chris Gayle, as Kings XI made 166 for nine.

"Just came out here trying to impress. Luckily we managed to scratch a score above 150 and the bowlers were superb," he said after receiving the man of the match award.

"I have opened in school cricket but this is probably the first time in senior cricket,"  added Curran, a left-arm medium pacer and a left-handed batsman.

He then removed Colin Ingram, caught at long-off for 38.

But Curran stole the show, and the match, with his innings-ending hat-trick.

He had Harshal Patel caught off the last delivery of his second over for nought and then came back to bowl Kagiso Rabada and Sandeep Lamichhane, both on zero, and end the Delhi innings in 19.2 overs.

"The crowd was so loud, I couldn't hear my own thoughts," the youngster said when asked how he felt.

Curran was singled out as a "game changer" by Virat Kohli after England beat visiting India 4-1 in a test series last year.