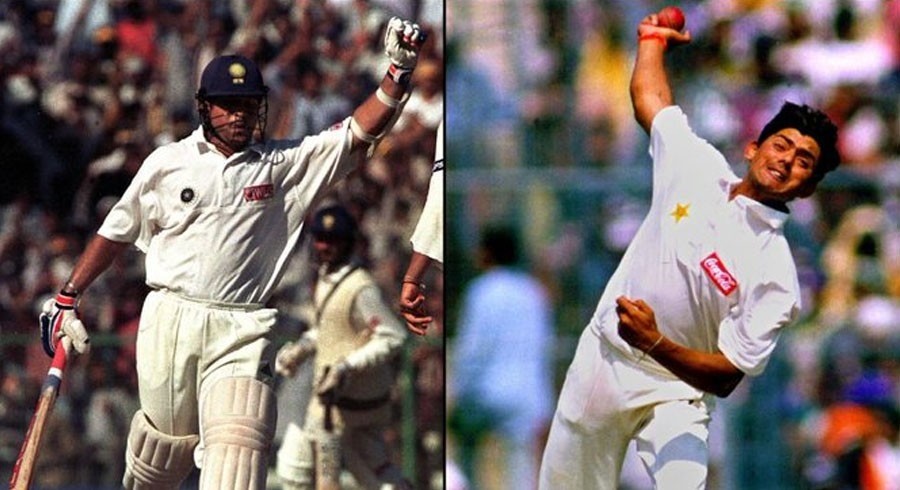 Former Pakistan off-spinner Saqlain Mushtaq opened up about the only time he sledged Indian batting great Sachin Tendulkar, during the 1997 Sahara cup between the arch-rivals in Canada.

The 43-year-old revealed that he was left embarrassed after Tendulkar called him out on his behavior during the aforementioned match.

"I was new when I sledged him for the first time. If I recall correctly, it was the 1997 edition [Sahara Cup]. Sachin quietly came up to me and said 'I never misbehaved with you, why are you misbehaving with me'? I got so embarrassed that I did not know what to say to him," Saqlain was quoted as saying by Press Trust of India.

"He said to me 'I rate you high as a person and player'. I was so embarrassed that I never sledged him again. I can't tell you what I said to him but I apologised to him after the game. "Thereafter, even when he was smashing me all over, I never thought of sledging him," he added.

Saqlain also recalled his duel with Tendulkar during the Chennai Test in 1999, when he dismissed the batting maestro on 136, to take Pakistan to a famous 12-run win over India.

"In that 1999 Test, no words were exchanged. We both were determined and focused to win the game for our countries. We put our heart and soul in it [on day four]," he said. "I consider myself lucky that my name was attached to Sachin's cricketing career with that match. The only difference that day was that God was on my side. Otherwise, the way he was playing, it was unbelievable. The ball was reversing but he played Wasim Akram with such confidence."

The former off-spinner, who represented Pakistan in 49 Tests and 169 One-day International (ODIs), has fond memories of his intense rivalry with Tendulkar.

"I dismissed him multiple times but he also took me to the cleaners. Even on that day four in Chennai, he scored a hundred in a difficult situation. It was like a dangal going on between us," he concluded.