'Popular leader' Sarfaraz had something I hadn’t seen before: Mickey Arthur 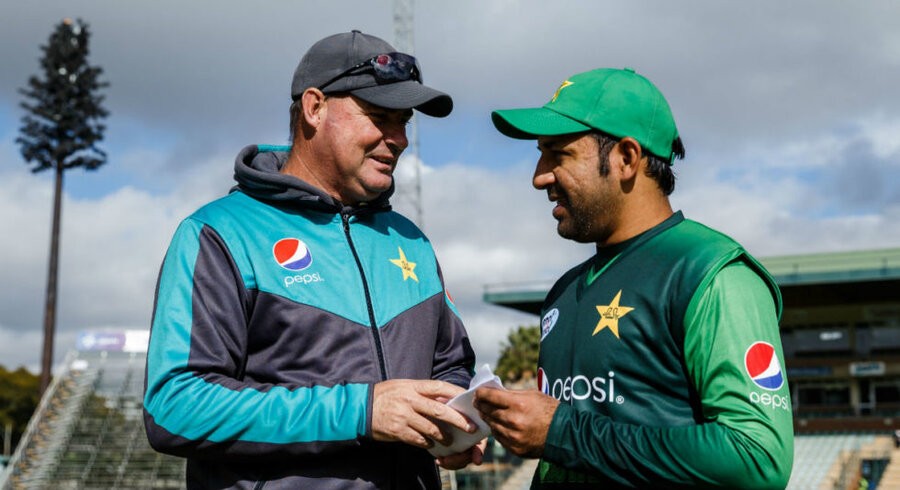 Mickey Arthur believes Sarfaraz Ahmed was a popular leader inside the Pakistan dressing room and he enjoyed working alongside the ex-captain during his coaching tenure with the Men in Green.

In an interview with Aamir Sohail on his YouTube channel, Arthur revealed a softer side of Sarfaraz unknown to the Pakistan fans.

"I was very privileged to work with Graeme Smith, Michael Clarke and Misbahul Haq. They were very good leader of men. Sarfaraz had something I hadn’t seen before. He had the ability to be an authoritative voice, like a disciplinarian on the field, but when he came into the dressing room, he transformed into a brother to the guys. He had that," Arthur said.

"People saw what happened on the field, like his movements, but they didn’t see the other side of Sarfaraz in the dressing room. He was a very popular leader inside the changing room, and I loved working with him," he added.

Sarfaraz was removed from captaincy and dropped from the national side after three-nil defeat to Sri Lanka in Twenty 20 Internationals (T20Is) at home last year.

The wicketkeeper-batsman eventually made his national comeback on the England tour earlier this year and is part of the 18-member squad announced by the current head coach Misbah, for the three T20I series against New Zealand to be played on 18, 20 and 22 December.