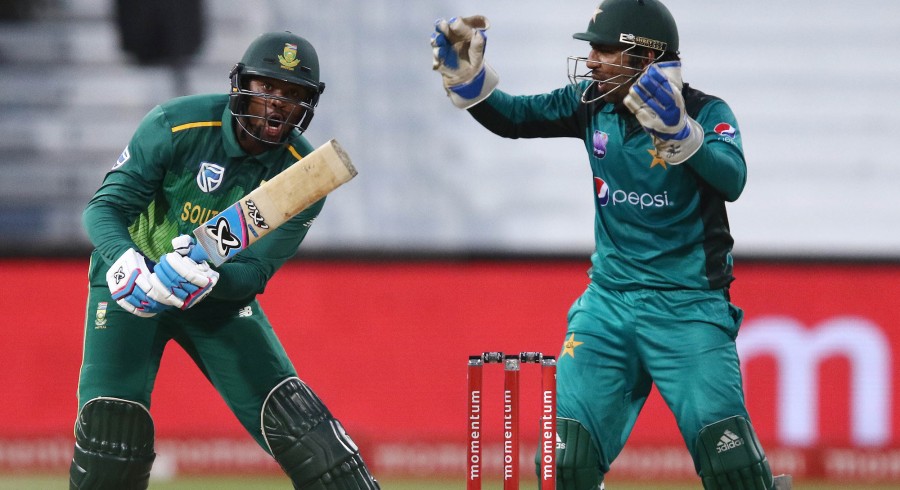 I was around eight years old when I first started playing cricket with a bunch of my friends on the streets of our neighbourhood.

Not blessed with an abundance of knowledge, I used to casually float the word 'kalay' (black) while taunting one of my friends with a darker complexion - usually for many stupid reasons.

One day my father heard me hurling that slur, due to which I was immediately called back home and scolded in a manner which left me quaking in my boots. That day I was fortunate enough to be taught about a valuable lesson concerning racism but not all of us are.

Sarfraz Ahmed’s racist remarks South Africa’s Andile Phehlukwayo during the second ODI in Durban was not an appropriate one by any stretch of the imagination but it also highlighted why our lack of emphasis on education — as a nation — lands us in trouble time and again.

According to the Pakistan Economic Survey 2017-2018 carried out few months back, the literacy rate for entire Pakistan, which includes ten years old and above, is 58 per cent. The national net enrollment for primary level for overall Pakistan stands at 54 per cent. Consequently this leads to a basic issue of not knowing the difference between right and wrong.

While Sarfraz was clearly at fault after what he did on the field but this is quite a common occurrence in the system he has come through. Such remarks are frequently tossed around in the system these players come through, without any sort of embarrassment or regret. But then again why would you be embarrassed, if you don't even know what you are doing.

The Pakistan Cricket Board (PCB) over the years have made tall claims about educating players about how to carry themselves on the field but every now and then - be it spot/match fixing or any other type of misdemeanour - something utterly shameful tends to haunt their cricket which makes our heads of this cricket loving nation fall in shame.

This also raises questions about the validation of such claims and whether those measures were anything but words on a press release. I can assure you that a new version is coming your way pretty soon. Like always its going to be too much chaff but a lot less wheat.

In all probability Sarfraz will be banned for a few matches but this is a price the Pakistan captain will have to pay for his irresponsible attitude.

Being the captain of the national side, Sarfraz should have been more careful with his choice of words because this is something which is simply not acceptable.

Cricket is not just any other sport in Pakistan, it is something which drives the entire nation and with such a mistake the wicketkeeper-batsman has not set an ideal example for the local followers of the game.

A lot will be written about this issue while the story is fresh but soon the matter will fade away in the mist of time. When the dust finally settles, 'heat of the moment' will be conveniently used as an excuse to justify the remarks while little effort will be made to set things right, in the long run.

For how long are we going just going to 'pretend' that moral principles mean a lot to us? How much more time do we need before we start learning from our mistakes? Are we always going to rely on knee-jerk reactions rather than devising futuristic strategies? If this is the road we are going to follow, then such incidents are going to become a familiar sight.