Starring with both bat and ball, the 24-year-old all-rounder helped energise Pakistan's flagging campaign when all seemed lost 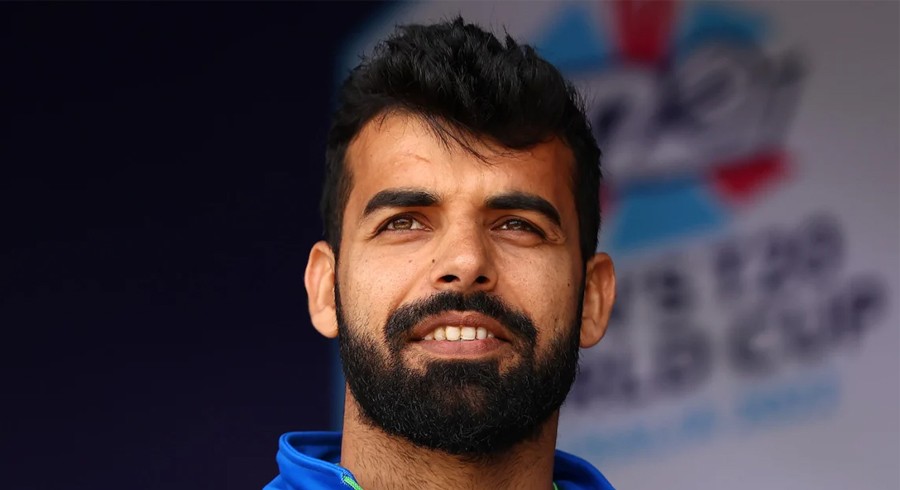 No matter what happens when Pakistan face England in Sunday's final at the MCG, Shadab Khan has had a Twenty20 World Cup to remember.

Starring with both bat and ball, the 24-year-old all-rounder helped energise Pakistan's flagging campaign when all seemed lost.

After last-ball defeats to India and Zimbabwe, Shadab pulled them back from the brink with three wickets against the Netherlands for their first win.

He then turned up with a fiery 22-ball 52 and bowling figures of 2-16 during his man-of-the-match performance against South Africa.

The Proteas' subsequent shock defeat to the Netherlands helped Pakistan gatecrash the semi-finals.

Shadab has been shortlisted for player of the tournament and could well win it if Pakistan do the business against England in the decider at the Melbourne Cricket Ground.

When team-mates and coaches talk about Shadab they all refer to one thing.

Shadab's commitment and relentless energy, whether it be in training or matches, galvanised Pakistan's drooping World Cup.

He grew up playing cricket on the rough pitches of Mianwali district, a farming community near the banks of the Indus River in Punjab province.

It also happens to be home to former prime minister and cricket legend Imran Khan and former captain Misbah-ul-Haq.

People who know him well said Shadab has always been relentless in his dedication.

"He used to sleep around 9:00pm and reach the ground before sunrise.

"That's been his routine for years so that he can practise as much as possible."

It was Ahmed who suggested Shadab should become an all-rounder and not just focus on batting.

Graduating from club cricket to district level and to Pakistan "A", Shadab featured in a 2016 junior World Cup in Bangladesh and finished joint top wicket-taker for his team with 11.

The year after, Pakistan Super League franchise Islamabad United picked him as an emerging player.

"We were picking players in the draft for PSL 2017 and every other team was passing him on so I asked Misbah about him," recalls Hassan Cheema, strategy manager of United.

"Misbah said that Shadab has that fire and instinct that he had not seen in a player for years.

"Six years later you can see his competitive fire and life he brings in the team is invaluable," Cheema told AFP.

From boy to man

But to talk only about his energy and commitment risks downplaying Shadab's talent.

As a leg-spinner variations are Shadab's assets and he has had success extracting bounce from the hard Australian pitches at the World Cup.

When he bats and fields his style is aggressive -- his triple ability gives Pakistan flexibility in team selections.

It was then-Pakistan head coach Mickey Arthur who brought him into the side in 2017.

"When we got Shadab into the team he was incredibly exciting as a cricketer," Arthur told AFP from Britain.

"He was athletic and was a three-in-one cricketer."

Since then Shadab has added maturity and confidence to his armoury.

"He is a match-winner for Pakistan. The difference I have seen is that he has come from a boy to a man," said Arthur.

Shadab had a dream international debut when he was named man of the match in Pakistan's T20 win over the West Indies in Bridgetown in 2017.

That same year one of Shadab's finest moments came at the Champions Trophy in a showdown against arch-rivals India, where he trapped Yuvraj Singh in front of the wicket.

"It was very close to the bat but Shadab was confident that it had hit the pad first," Sarfaraz told AFP.

"It is his confidence in the ground that helps and motivates the team and that is why he is improving by leaps and bounds."