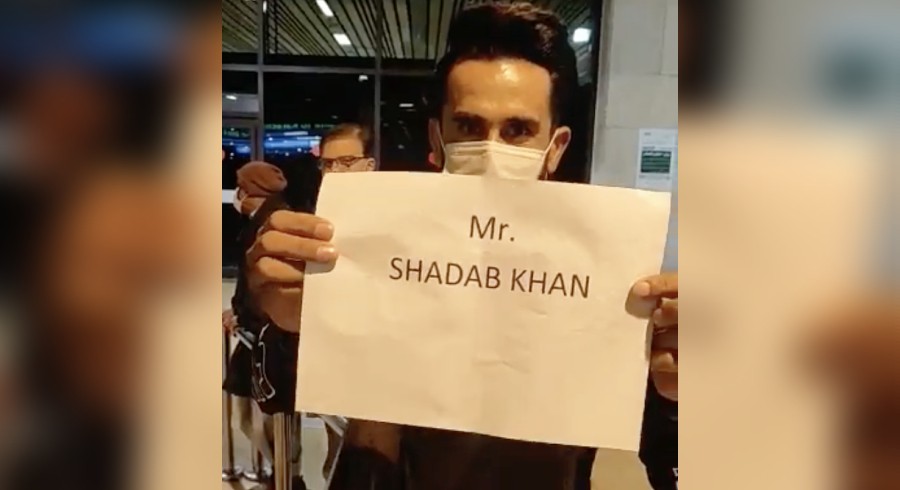 Shadab featured for four matches for Sixers as he was advised to head back due to increasing cases of Covid-19 and with Pakistan Super League (PSL) approaching.

During the four games, Shadab scored 20 runs in total and returned the figures of 0/8 against Renegades, 1-36 against Scorchers, and 0-27 against Heat.

Upon his arrival, the Pakistan vice-captain was met with a surprise as his best friend Hasan Ali came to pick him up at the airport.

Shadab initially struggled to recognize the pacer, who had disguised himself as a chauffeur driver holding Shadab's name. However, after a brief moment of hesitation, Shadab finally got a hold of everything that was happening.