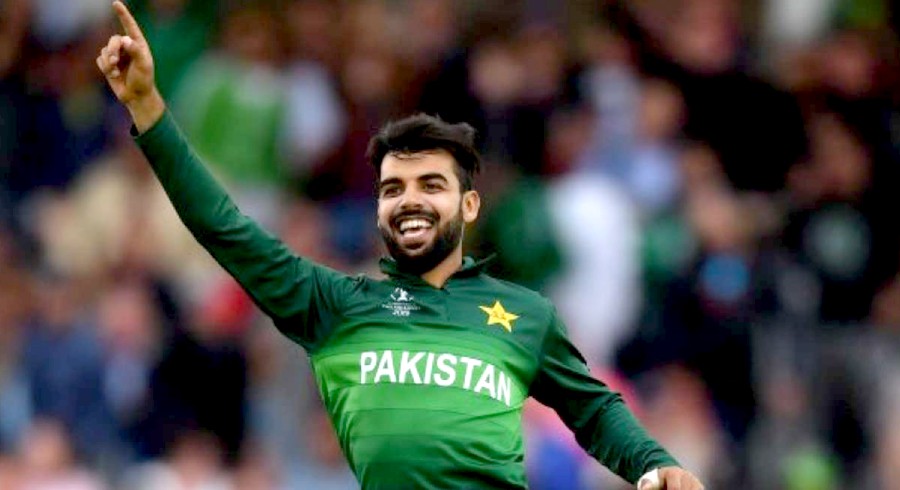 The Yorkshire announced Shadab's participation in T20 Blast earlier last month and informed that the leg-spinner will be available for the club's first five and last six fixtures of the domestic T20 competition.

The 23-years-old leg spinner has obtained the No Objection Certificate (NOC) from the PCB to take part in the T20 Blast.

Shadab Khan will be teaming up with international teammate Haris Rauf, who is already in England and representing Yorkshire in County Championship.

Both players, however, will have to return back to the country if they get selected for the upcoming home ODI series against West Indies, scheduled in June.

Speaking about Shadab, Darren Gough - who is Yorkshire's interim managing director - said that Shadab is a great addition to the already existing squad.

"Shadab is an amazing player, he can bat as high as three, which he did in the PSL, or as low as six, seven or eight to really strengthen our lower order," he said.

He further complimented Shadab's leg spin and said that he will add another dimension to the team.