Islamabad United are the only side to bag the HBL PSL title twice and boast win percentage of 56.15 – which is the best amongst the six sides 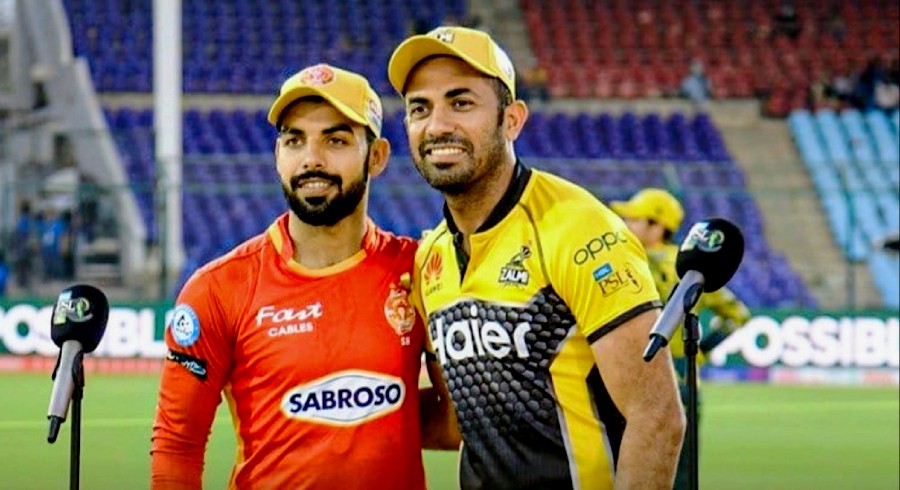 Islamabad United and Peshawar Zalmi have been the most successful HBL PSL sides since the league’s inception in 2016.

They were the first two sides to win the title: Islamabad United made history in Dubai by winning the inaugural edition and Peshawar Zalmi bagged the title with a commanding win over Quetta Gladiators in 2017 at the Gaddafi Stadium in what was the first-ever HBL PSL match to be held on Pakistan soil.

Islamabad United are the only side to bag the HBL PSL title twice and boast win percentage of 56.15 – which is the best amongst the six sides. Peshawar Zalmi, who have played four finals, have won 55.07 per cent of their matches.

Shadab Khan, who became the youngest captain in the tournament history when he was appointed at the role in 2020, has won 12 of 23 matches for Islamabad United and experienced pacer Wahab Riaz has 50 per cent success-rate in 18 matches as Peshawar Zalmi’s skipper.

The two had been at the forefront of their teams’ successes.

Shadab made a mark in his debut HBL PSL season in 2017 with his versatile leg-spin and electrifying fielding, and earned maiden call-up for the national side for the limited-overs tour of the West Indies, where he bagged player of the match awards in his first two international T20s.

Shadab picks majority of his wickets in the middle overs, helping his team keep a lid on the opposition’s flow of runs. The leg-spinner has 41 scalps in overs 7-16 – which are the most for any bowler in the tournament. He has also come handy as a batter, scoring three half-centuries and accumulating 532 runs at a strike-rate of 128.

Wahab has continued to stamp his credentials as a reliable short-format bowler in the HBL PSL. The left-arm quick has snared 94 wickets – the most in the tournament – at 19.61 runs apiece. His searing pace and scorching reverse swing has garnered him 44 scalps in the last four overs. The next best in this phase is Sohail Tanvir with 31 wickets.

The battle for domination will continue when the two teams will meet on 30 January and 17 February at National Stadium and Gaddafi Stadium, respectively. To date, Islamabad United have won eight of the 15 matches between these two sides – which include the final of the 2018 edition in Karachi – while Peshawar Zalmi have won seven.

Islamabad United captain Shadab Khan: “The HBL PSL and Islamabad United hold great significance in my life. This tournament propelled me to the national side and has a great role to play in my progression.

“It is a great platform where youngsters can rub shoulders with the seniors and it has benefitted many cricketers, including me. Since my debut in the HBL PSL, Islamabad United have put their faith in me and given me the atmosphere in which I can express myself and that has helped me grow as a cricketer.

Peshawar Zalmi captain Wahab Riaz: “The HBL PSL has proved to be the most exciting brand come out of Pakistan and it enjoys a massive following all around the world. This is because of the quality of cricket that it produces and each season has brought forward new talent.

“Over the years, we have seen some extraordinary youngsters in the Zalmi colours and they have done brilliantly to repay the faith the team has put in them. Our team has gelled brilliantly, and each individual, whether senior or junior, has delivered.

“Facing Islamabad United is always an exciting proposition. They are a great bunch of sportsmen and play the game with good spirit. Our matches always bring together Islamabad and Peshawar fans, and I am sure both red and yellow fans are looking forward to our games.”