Shaheen ‘confident’ ahead of 2019 World Cup 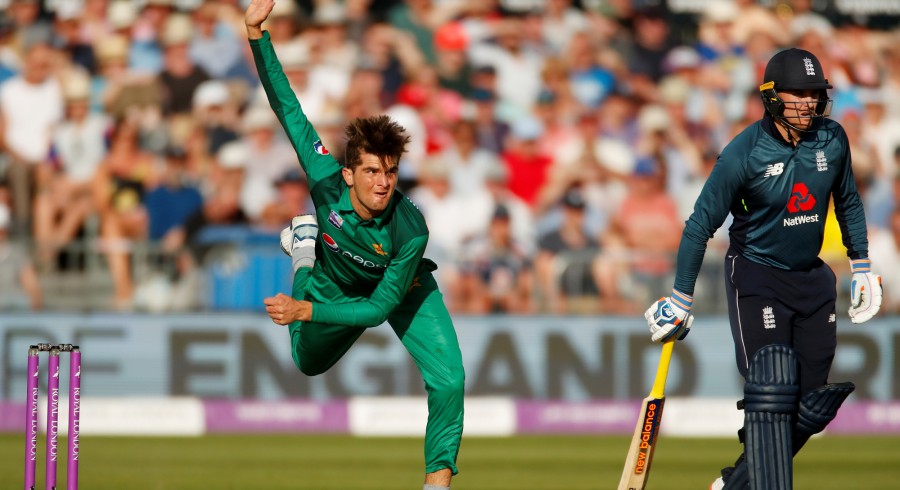 Pakistan fast-bowler Shaheen Shah Afridi is in high spirits, ahead of the 2019 International Cricket Council (ICC) World Cup in England and Wales.

While talking to Cricket Pakistan in an exclusive interview, Shaheen, who is just 19-year-old, was happy to be part of the mega event, at such a young age.

“Representing Pakistan at such a young age, and that too at a World Cup, is a great feeling,” said Afridi. “The entire team is putting in the hard yards and hopefully we will do well during the event.”

The left-arm pacer also spoke about the opportunity to play against some of the best sides in the world, including arch-rivals India, during the World Cup.

“All the teams in the tournament are really strong but I will try to put up a good show whenever I get the opportunity,” he said. “The match against India is a big one and I will give that match my best shot.”

The tall quick also spoke about playing for Pakistan in all three formats, on a consistent basis.

“Playing Test cricket was a dream for me,” he said. “My aim is to play for Pakistan in all three formats, for a long time.”

While talking about the potential absence of fellow pacer Mohammad Amir during the World and the pressure that it brings on the rest of the pace battery, he said: “You are always under pressure as a fast-bowler but I will try to give my 100 per cent on the field.”

“I followed in the footsteps of my brother Riaz Afridi as he taught me how to bowl, when I first started playing cricket,” he said. “I also watch videos of Wasim bhai to learn about the art of bowling and especially my wrist positioning. Also Waqar bhai gave me tips about improving my Yorker and reverse swing.”