Former legendary players Inzamam-ul-Haq, Waqar Younis, and Mushtaq Ahmed were all present at the event and are all expected to participate in the MSL this year 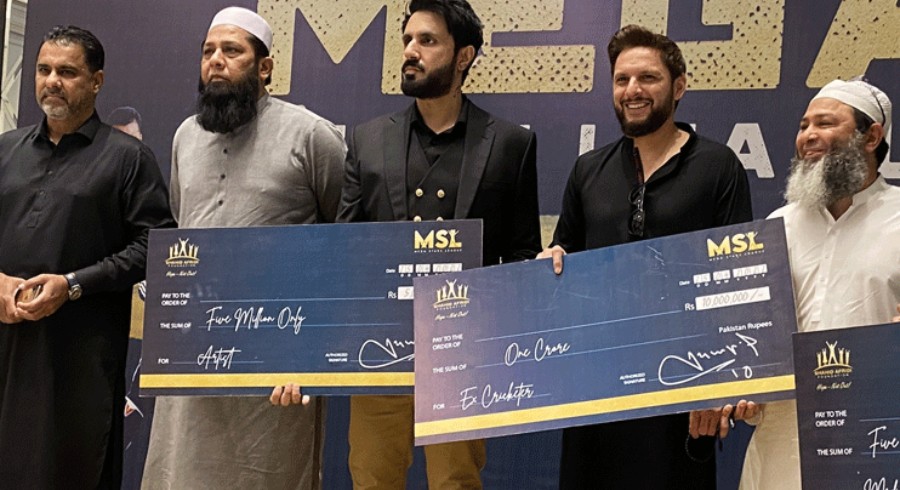 Shahid Afridi, former Pakistan captain and founder of Shahid Afridi Foundation, has announced the launch of Mega Stars League (MSL) which is set to take place in September this year.

While speaking to the media at the press conference, Afridi unveiled the details of the tournament and said that it will be played in a T10 format. The former cricketer also revealed that the purpose of the league is to support former cricketers, athletes, and sports journalists.

"Mega Star League is an entertaining league, which is scheduled to be played in September in Rawalpindi this year. The core idea behind introducing this league is to financially support the ex-cricketers, athletes, and sports journalists," Afridi said.

Former legendary players Inzamam-ul-Haq, Waqar Younis, and Mushtaq Ahmed were all present at the event and are all expected to participate in the MSL this year.

"The MSL will feature six teams, and foreign players will also take part in the upcoming league," he further added.

On a lighter note, Afridi added that PSL is for youngsters and older players - including himself - should instead feature in the MSL.

"PSL is for youngsters and I am not young enough anymore. I, Mushtaq Ahmed, Inzamam-ul-Haq and Waqar Younis will play in MSL," he concluded.