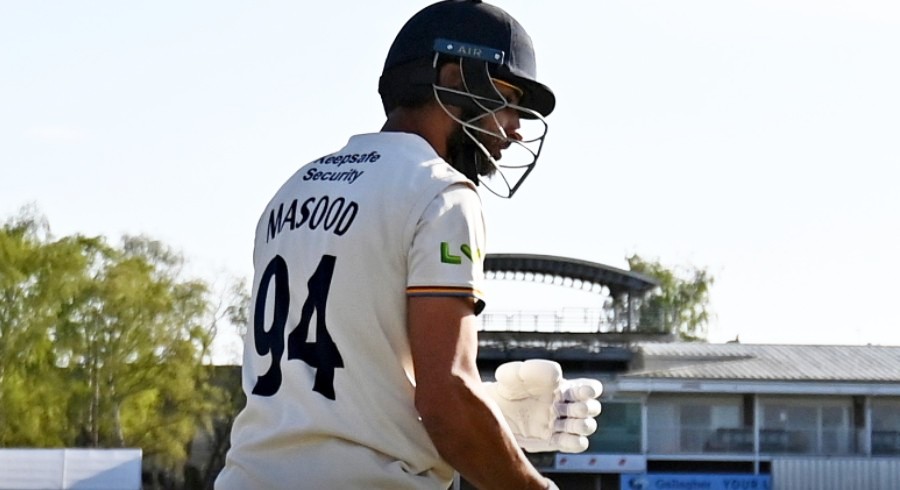 Opening batsman Shan Masood has enjoyed a phenomenal form as of late, showcasing his remarkable grit and determination in the ongoing County Championship.

The left-hander has become the first player to cross 1000 First-Class runs in the English County Championship this season. The player reached the milestone during his 46-run knock against Sussex while representing Derbyshire.

Shan is currently the leading run-scorer and has amassed 1037 runs this season in only 8 matches (12 innings); his run tally is significantly higher than second-placed Ben Duckett, who has only managed 764 runs thus far.

The in-form batter was recently named in Pakistan's Test squad for Sri Lanka on the back of his current form. Shan is averaging close to 95 and has already scored three centuries with the highest score of 239 runs. In addition to this, he also has four half-centuries to his name.

Thanks to his double-century, Shan also became the first player in Pakistan's history to score a double-century as an opener in English county.

It is pertinent to mention that Shan is also leading Derbyshire in T20 Blast, maintaining superb form in the shorter format as well. He has five half-centuries to his name already.