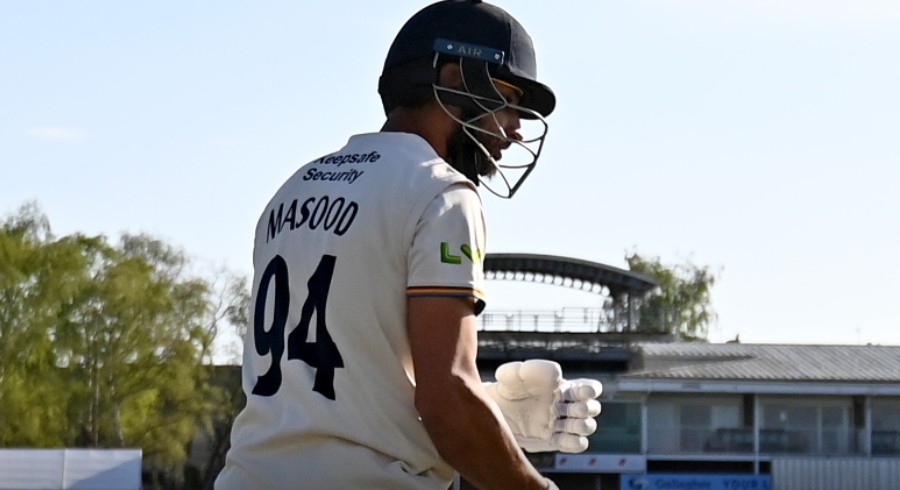 Opening batsman Shan Masood has etched his name in history books after he scored yet another century in the English county while representing Derbyshire.

The 32-year-old batter played a knock of 219 off 268 deliveries against Leicestershire on Friday to bring up his second consecutive double-century. Previously, he had scored 239 against Sussex.

Overall, Shan is only the second Pakistani to manage back-to-back double centuries in First-Class cricket after Arshad Parvez who scored 243 and 236 in BCCP Patron's Trophy back in 1978.

The last time an Asian batter achieved this feat in the county championship was back in 1933 when Nawab Iftikharuddin scored 231 and 224 in 1933 for Worcestershire.

Shan Masood had been struggling to firmly establish his position in the Pakistan Test squad as he was also ignored for the home series against Australia. However, things might soon change as Shan is currently enjoying the form of his life.