Shan Masood reveals reason behind his recent success with the bat 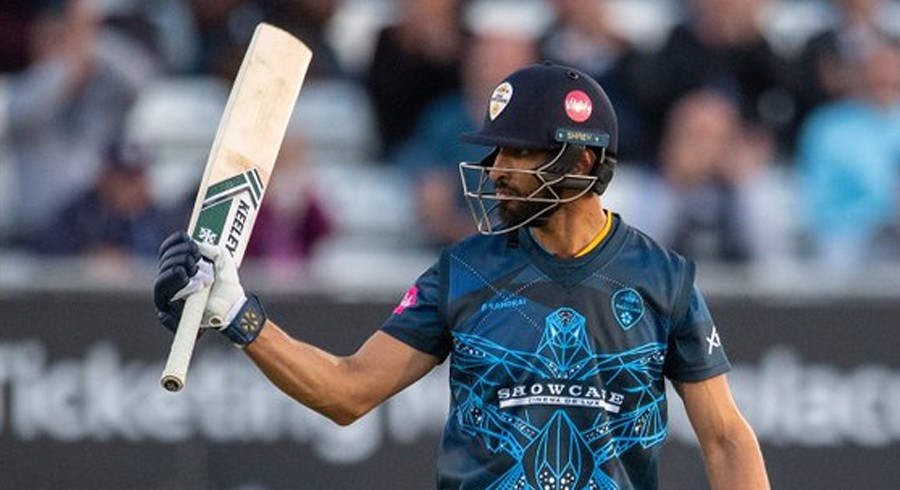 Pakistan opener Shan Masood has revealed the reason behind his recent success with the bat.

The 32-year-old has been in a splendid form while playing for Derbyshire in county cricket and has scored over 1000 runs across formats.

Pakistan opening batter Shan Masood has revealed that he has started playing cricket a bit more freely which has been the reason behind his recent successes.

“In the last two years and especially since October, I have started playing cricket more freely. I go out there and enjoy myself while not worrying about the past and future and that has helped me,” Shan said in an interview with Cricwick.

“What I’m trying to do is take it a game at a time, a session at a time, just trying to stay in the present,” he further added.

The left-hander further praised Derbyshire head coach Mickey Arthur and admitted he has had a huge role in his development as a player over the past six years.

“He spent three years in Pakistan and I would say that a lot of my development took as he is 100 per cent honest, even if it’s brutal. That honesty comes from a very good place, from a place where he wants you to do better and expects you to do better,” said Masood.

“I consider myself lucky to have a guy who’s going to give me an honest opinion and going to be there for me no matter what. He’s always somebody that will put himself on the line for his players, loves his players, and is great at managing his players. I think he’s taking this county to another level,” the left-hander concluded.