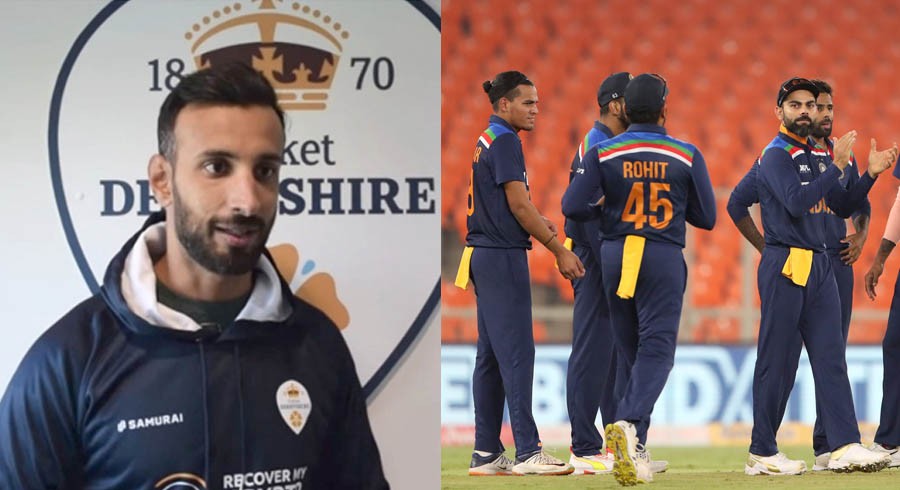 Pakistan opener Shan Masood is likely to feature in a T20 match against India on July 1 while representing Derbyshire Cricket Club.

The 32-year-old is currently linked with the club, headed by Mickey Arthur for all formats in this year's county season. He made his debut in the County Championship at Lord's this week where he fell short of scoring a century by nine runs.

India will travel to England in July for a Test, three ODIs and three T20Is. The Men in Blue are scheduled to play two warm-up T20 games against Derbyshire and Northamptonshire on July 1 and 3.

“India will travel to The Incora County Ground to face Derbyshire in a Twenty20 Tour Fixture on Friday 1 July,” Derbyshire shared in a press release.

“The number-one ranked T20 side in the world will continue their ICC Twenty20 World Cup preparations against a Derbyshire side, which includes the likes of Pakistan international, Shan Masood, and former Sri Lanka fast bowler, Suranga Lakmal,” it added.

Shan's availability will not be affected as Pakistan will not be having any international fixtures during the first week of July. Babar Azam's men are scheduled to travel to the Netherlands for ODI series at the end of July while they will fly to Sri Lanka in August for three ODIs and two Tests.