Left-hander Shan, who was widely deemed as a red-ball player by not only the fans but also the selectors, has changed the narrative around his game 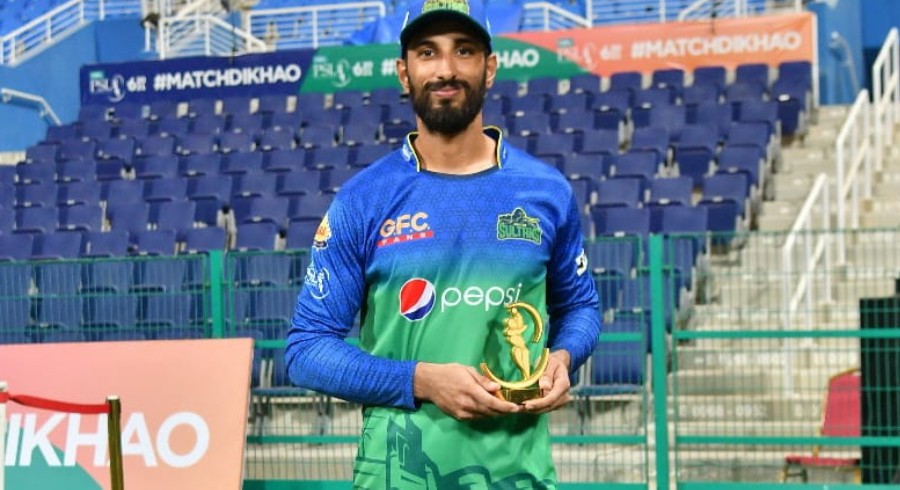 The Multan Sultans opener Shan Masood has firmly established himself as a T20 player during the course of the ongoing HBL Pakistan Super League (PSL).

Left-hander Shan, who was widely deemed as a red-ball player by not only the fans but also the selectors, has changed the narrative around his game.

In an exclusive interview with Cricket Pakistan, Shan talked about his development as a player and more.

Speaking about his growth as a T20 player, Shan said that he wants to become the best player possible in each format as he likes playing all three formats equally.

"You need to transform yourself as a complete player; a player who can perform well in all conditions. The outfield and conditions are exceptionally good right now which is why you can back your ground shots," he said.

"I always try to eliminate the flaws that exist within my game. I want to groom myself in accordance with where modern cricket is heading. I don’t have a preference and I like playing all three formats equally and I want to adjust accordingly to different formats; it is challenging when people underestimate you or term you as a red-ball cricketer but I know I can deliver in all three formats equally," Shan admitted.

Shan has already been named in Pakistan’s squad for the Australia Test series. When asked about international selection in general, he said:

"I am not thinking about international selection at all. Right now, the only competition I have is with myself. I am trying to remain focused and take things game-by-game and ball-by-ball. After the tournament, I want to be satisfied that I contributed to the team’s winning performance."