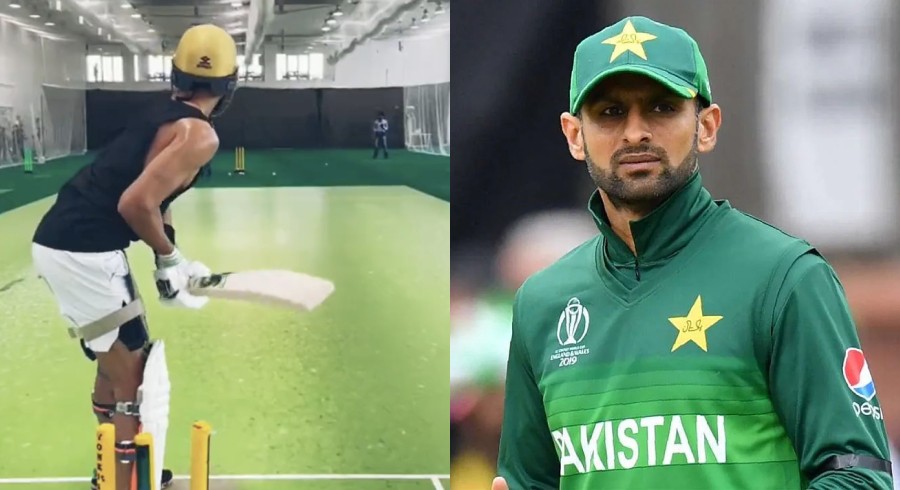 Veteran cricketer Shoaib Malik has shared his indoor practice session where the 40-year-old can be seen smashing balls all around.

Malik, who has been sharpening his power-hitting skills, is in contention to be included in the upcoming T20 World Cup and he has been practicing for that.

Shoaib Malik working on power hitting, do you think he should be part of Pakistan squad for #T20WorldCup in Australia?

Previously, while speaking to Cricket Pakistan, Malik shared that he has a good understanding with Pakistan captain Babar Azam and he has communicated to Azam that he is available to serve Pakistan whenever required.

Shoaib Malik has remained an integral part of the Pakistan cricket team over the years but the opinions remain split on the inclusion of aged players in the side. Some are in favor of having experience in the team while others want young blood to replace the old guard.

However, Malik has previously stated that he will remain available as long as Babar feels they can utilise his services - be it in bilateral series or international tournaments such as the upcoming T20 World Cup.

Speaking about his chances to be part of Pakistan's squad for the T20 World Cup this year, this is what Malik had to say.

"We [myself and Babar] do talk on regular basis and we had the conversation about my future plans during the World Cup, I told him that after how everything panned out – I don’t feel like continuing anymore. However, if you ask me personally then of course I still want to represent my country," Shoaib said.