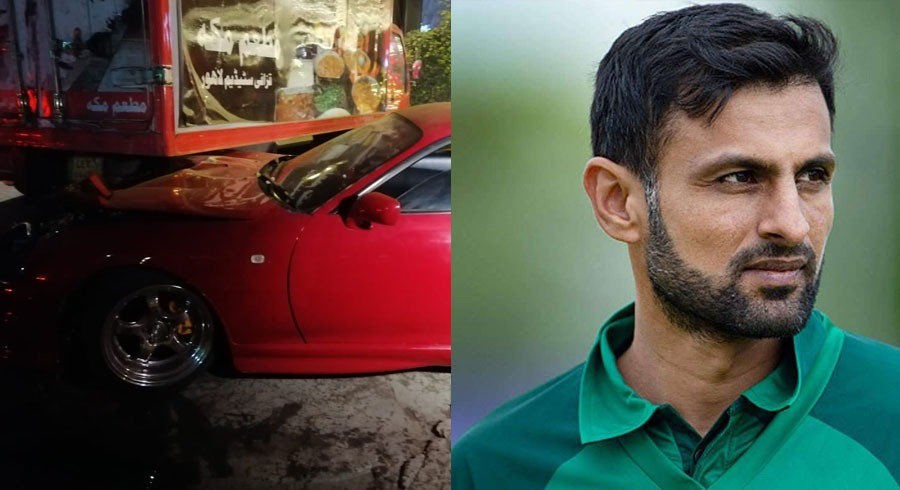 Pakistan all-rounder Shoaib Malik was involved in a car accident in Lahore, after he was returning to his hotel from the Pakistan Super League (PSL) Player Draft.

The former Pakistan skipper remained safe, despite the car crash, and was taken to his residence by fielding coach Abdul Majeed.

Eye witnesses revealed that the incident took place due to speeding as Malik’s car crashed into a food truck.

Later, Malik also confirmed that he was safe while also thanking people who were concerned about his health.

- "I am perfectly all right everybody. It was just a happenstance accident and Almighty has been extremely Benevolent. Thank you to each one of you who've reached out. I am deeply grateful for all the love and care..." ~ Shoaib Malik

In his international career of 21 years, the right-hander has represented Pakistan in 35 Test matches accumulating 1898 runs and 32 wickets along with 287 One Day Internationals and 116 T20 Internationals. The veteran has 7534 runs and 158 wickets to his name in the 50-over format.