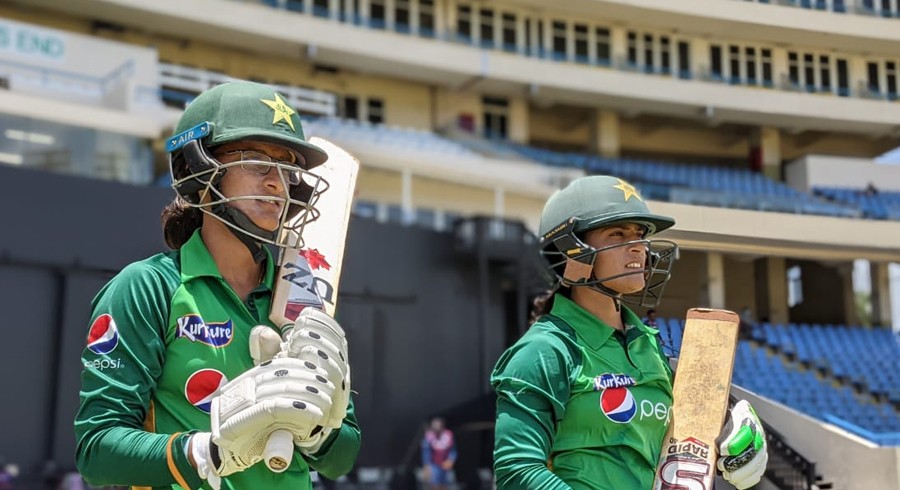 Sidra Ameen and Muneeba Ali have set the new record for the highest opening partnership by a Pakistani pair in a Women’s ODI against Sri Lanka in the second ODI in Karachi.

According to details, the duo became the first Pakistani opening pair to register a century opening stand in a Women’s ODI, surpassing the previously record held by Nahida Khan and Javeria Khan (97 runs against England in 2019).

Sidra and Muneeba registered a record-breaking partnership of 158 runs before Muneeba was caught out for a well-made 56 runs.

Meanwhile, Sidra scored her second ODI century as Pakistan eye a big total against the visitors.

Remember, Pakistan defeated Sri Lanka in the first ODI by eight wickets. The series is part of the ICC Women’s Championship,