Sikandar Raza opens up on his return after bone marrow infection 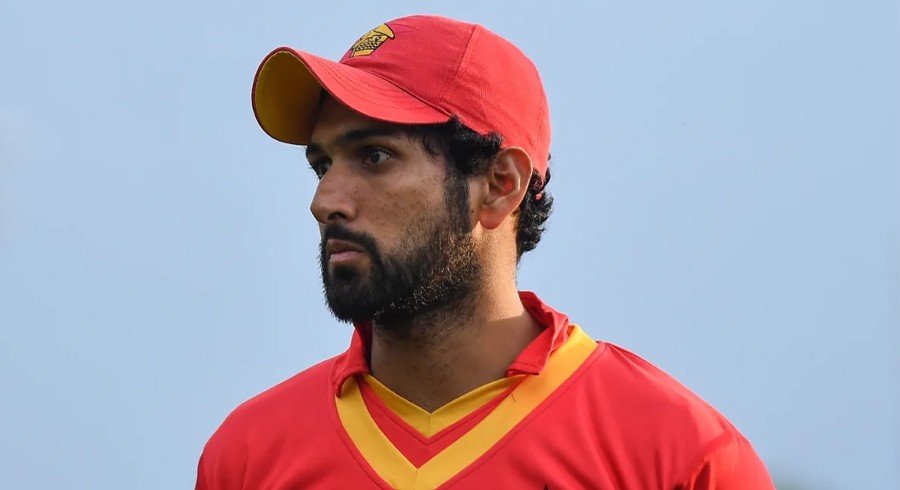 Pakistan-born Zimbabwe cricketer Sikandar Raza has opened up on his return after an infection on his bone marrow, which was suspected to be cancerous at one stage.

The 36-year-old underwent surgery to remove the tumour and was cleared of serious illness but still is under observation. In an exclusive interview with Cricket Pakistan, he opened up on his struggles post-surgery, Zimbabwe's cricket environment, regarding PSL and much more.

Recently, he starred in Zimbabwe's first-ever T20I series win against Bangladesh, where he scored fifty+ scores twice and bagged figures of 4/8.

"Winning series for the first time against Bangladesh and also in front of our home fans, that is a massive achievement," Sikandar said. "Runs, wickets, catches - they all add up; I am thankful to Allah that post-injury, I feel blessed," he added.

Sikandar revealed that he changed his game plan in order to succeed at the international stage and why Zimbabwe are playing their cricket confidently.

"International cricket is a very ruthless place because teams do video analysis and If one doesn't improve his game, training methods, not moving in the right direction, you will be found out basically. So, I changed a few things, It is nice they are working."

"I think we are relaxed more now and the dressing room environment is great, the confidence level is back and we are playing with a lot more accountability and freedom," he added.

Zimbabwe has qualified for the T20 World Cup qualifiers but Sikandar Raza is not looking far ahead and is focused on the upcoming series.

"We are looking to play the first round. Sometimes you look too far ahead; things start to look blurry. We are preparing behind the scenes, but currently focus is on Bangladesh series, then we will play against India and Australia. We are talking about the World Cup now and then; mentally we have to adjust on a few things which we will do in Australia," he added.

Sikandar had to change his action due to surgery and believes it is working more than the previous action.

"Post-surgery, I couldn't bowl with the old action and I lost a little bit of strength due to multiple shoulder injuries. Luckily I was with Sunil Narine in CPL and watched him closely. With old action, batters could see my variations, but when I got to this new action, I personally felt it is a bit difficult for the batters to read. I stay focused on delivering them at the right place and If I consistently do, I will be a bit more effective. My economy has been very low with this action and in white-ball cricket, it is essential. It's a good sign for me," he added.

Sikandar opined that despite recovering from bone marrow, he goes through some procedures to make sure he is away from the infection.

"I am out of danger 100 per cent. Basically, doctors have kept me under observation for two years. I have to undergo blood tests, x-rays, and MRI scan if needed just to make sure the problem I had in my bone marrow doesn't appear again, I am 90 per cent fit; there will be one more strength rehab and will go through it very soon," he added.