Sri Lanka had to dig deep to secure a draw in the series opener in Chattogram but Asitha Fernando, who claimed a match haul of 10 wickets, led the tourists' impressive bowling performance to secure their comprehensive victory in Mirpur 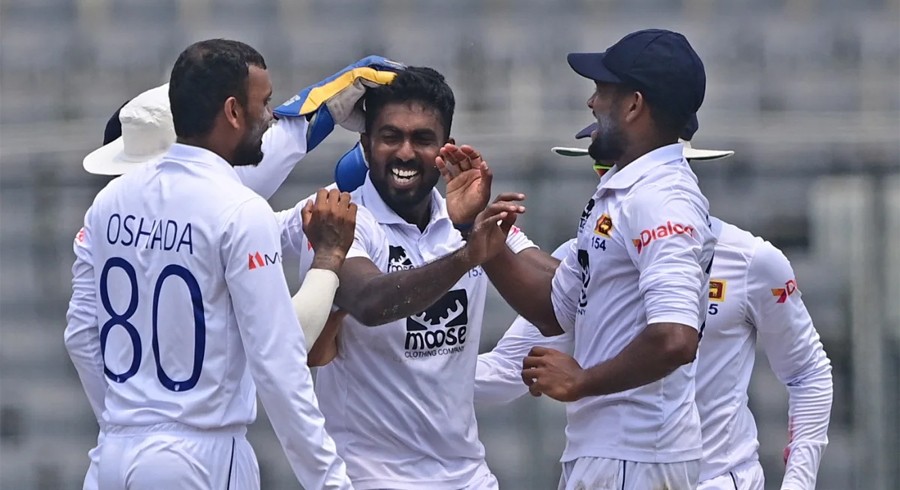 Sri Lanka head coach Chris Silverwood began his tenure with a 1-0 series victory against Bangladesh after the islanders won the second and final Test by 10 wickets on Friday.

Sri Lanka had to dig deep to secure a draw in the series opener in Chattogram but Asitha Fernando, who claimed a match haul of 10 wickets, led the tourists' impressive bowling performance to secure their comprehensive victory in Mirpur.

Their bowlers further tightened their grip on the match on Thursday when they reduced Bangladesh to 23-4 with Sri Lanka needing six wickets on the final day for an innings victory.

Defiant half-centuries from Liton Das (52) and Shakib Al Hasan (58) prevented that but Bangladesh were eventually bundled out for 169 with Fernando leading their rout with figures of 6-51 that also earned him the player-of-the-match award.

Needing 29 for victory, Sri Lanka romped home in three overs with Oshada Fernando blasting 21 not out off nine balls for their first victory under former England coach Silverwood.

"I think we knew we needed a couple of wickets today to bowl them out," Sri Lanka captain Dimuth Karunaratne said.

"The fast bowlers were fantastic and they really gave us the momentum."

"I would also like to dedicate this win to the Sri Lankans back home who are having a tough time," he said referring to the fall out of the nation's economic crisis.

Angelo Mathews, who scored 199 in the first Test and 145 not out in the second, was named player of the series.

Bangladesh captain Mominul Haque said their pace bowlers had let down the side.

"It's been disappointing. We have to work hard, we didn't do well in key moments," he said.

"Sri Lanka put a lot of pressure on with the new ball... if you're not mentally strong it's very difficult to come back."