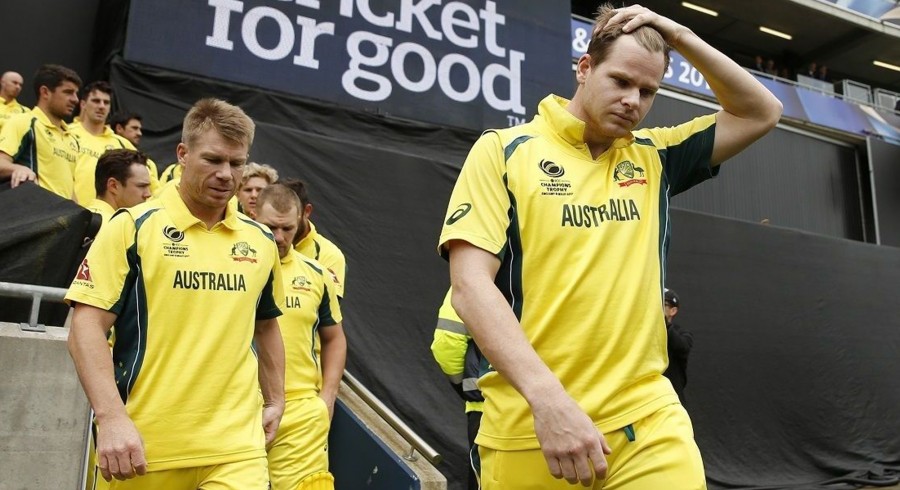 Steve Smith and David Warner were Friday left out of Australia's squad for their one-day series against Pakistan despite being eligible for the final two games after their ball-tampering bans expire.

Injured fast bowler Mitchell Starc was also omitted after failing to recover sufficiently from a pectoral muscle injury picked up during the second Test against Sri Lanka in Canberra a month ago.

Smith and Warner's year-long suspensions for their part in attempting to alter the ball during a Test against South Africa expire on March 28, making them available for the fourth one-dayer in Dubai.

There had been much talk of them being rushed back into the side ahead of the World Cup in England in late May, but selectors opted to stick with the same 15-man squad that is currently in India.

Selector Trevor Hohns said after consultation with head coach Justin Langer it had been decided they would be better served easing their way back at the Indian Premier League, which starts on March 23.

"While their bans will be finished on March 28, Steve and David have been working through rehabilitation from elbow surgery and it has been agreed the best pathway for them to return to play is in the Indian Premier League," he said. "David will play with Sunrisers Hyderabad and Steve with Rajastan Royals. Cricket Australia will continue to liaise with both Steve, David and their IPL clubs to monitor progress as we build towards the ICC World Cup and the Ashes.”

Smith went under the knife in January after being forced to drop out of the Bangladesh Premier League Twenty20 tournament with a ligament problem.

He had been in a brace for weeks, but picked up a bat again and had a session at the Sydney Cricket Ground last week.

Warner also returned home from Bangladesh with an injured elbow, though less serious than Smith. He too had surgery and could play this weekend for his club side.

Their bans only related to state and international cricket.

During the Test in Cape Town, Cameron Bancroft tried to alter the ball with sandpaper with Warner fingered as the instigator and then captain Smith admitting he turned a blind eye.

The scandal rocked the sport and led to national coach Darren Lehmann resigning and an overhaul of senior executives at governing body Cricket Australia.

Bancroft was exiled for nine months. He returned in late December with his Twenty20 side Perth Scorchers and has recently been in red-hot form with the bat in domestic Sheffield Shield.

With Starc also missing for the Pakistan series, being played in the United Arab Emirates, Australia have an unchanged squad from the one currently losing their series against India 2-0.

"The squad is making pleasing progress ahead of the World Cup, and with three matches remaining in India and the five-match series against Pakistan to come, we believe they will benefit further from the continuity of playing together," said Hohns.

How closely the current squad resembles the one for the World Cup will only be known by April 23, which is the deadline set by the International Cricket Council.

But there are likely to be at least three changes, with Starc, Smith and Warner all set to be picked. Fast bowler Josh Hazlewood also hopes to be fit after a back problem he picked up during the summer Test series against India.

Australia play the first of five one-dayers against Pakistan on March 22 in Sharjah.