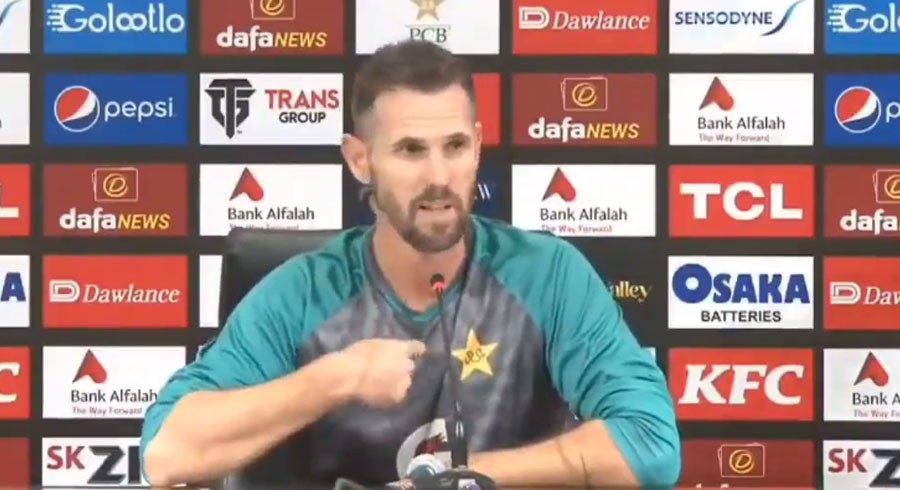 The series is now level at 3-3 with the decider to take place tomorrow at Lahore's Gaddafi Stadium.

"So when we lose badly they send me. They send me when we get beaten badly," Tait said with a laugh.

Jab Qudrat me har likhi ho to Shaun Tait ko bhejdety he 🤣🤣🤣
Tait : they sent me when we loose badly pic.twitter.com/uvNe0m5QTh

Talking about England's onslaught, Tait reckoned that Pakistan bowlers could have bowled tighter lines, but also said that T20 is a frequent ups and downs format.

"They just attacked us. They came out attacking, every ball they tried to hit a boundary. It worked for the first three overs and, in some way, it put our bowlers off guard a little bit. We didn’t do a lot wrong and it was just great batting. Sometimes you have got to give it to the batting team,” Tait said.

“We could have bowled a bit tighter, we were a little bit loose. But it happens in T20 cricket. As you are seeing in this series, it’s up and down, so I can say anything and it doesn’t really matter,” he stated.

Tait backed Pakistan to make a comeback in the deciding game of the series. “We can come back in the next game, hopefully bowl well and win the match, but it’s been a great series. We bowled well at times, sometimes we haven’t."