An inning that etched Saeed Anwar's name in the record books 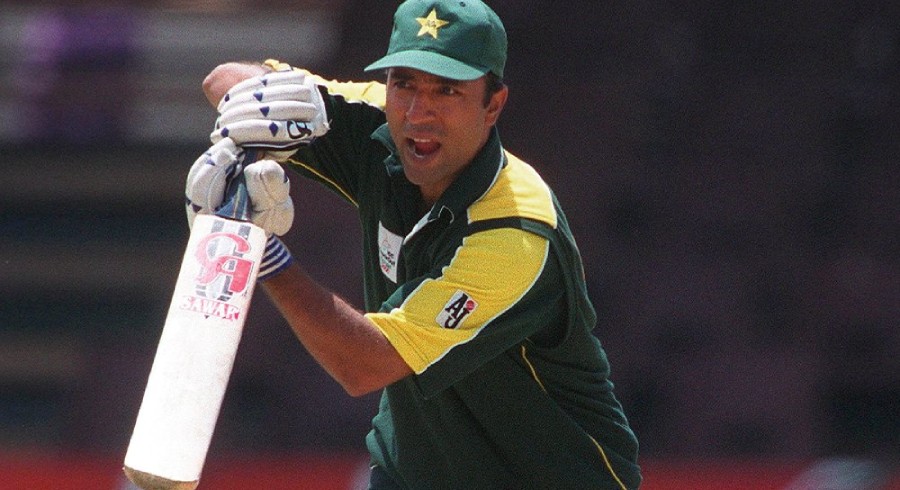 Pakistan star opener Saeed Anwar battered India in the Independence Cup match in Chennai on this day, smearing 194 off only 146 balls — then the biggest individual score in ODIs — in Pakistan’s 35-run victory.

None of his teammates got more than 39. It might have helped that he had Shahid Afridi as a runner from the 19th over — Anwar was free to concentrate on bashing boundaries, and he did: there were 22 fours and five sixes, three of them off consecutive deliveries from Anil Kumble.

The social media showered the legendary batter with praise as an honor and here's what everyone had to say:

#OnThisDay in 1997, Saeed Anwar set a new record for the highest individual score in an ODI by hitting 194 off 146 balls against India at Chennai. Pakistan won the match by 35 runs.

#OnThisDay in 1997. One of the greatest ever ODI innings as the brilliant Saeed Anwar scored 194 against India in Chennai to help Pakistan to a 35-run win #Cricket pic.twitter.com/6UwRQxYfvR

On this day in 1997. Pakistan's Saeed Anwar scored an incredible 194 runs against India in Chennai - the highest individual men's ODI score at the time 👏 pic.twitter.com/7ElxeCfVw5

#OnThisDay in 1997, Saeed Anwar broke the record for the then highest men's ODI score 🙌

How well do you remember that match? ➡️ https://t.co/My5qNDvbqx pic.twitter.com/lHkgeictPd

🔹 3rd 🇵🇰 batsman to carry his bat in a Test innings
🔹 Most 💯 for 🇵🇰 in men's ODIs
🔹 Held the record for the highest individual score in men's ODIs for 13 years
🔹 Represented 🇵🇰 in 3⃣ Cricket World Cups#CricketTwitter pic.twitter.com/txFVT0g5sB

It was even very hot day in Lahore, Saeed Anwar played that ing of Master class ahead of his time .almost 20 years .. breaking King Richard's record in 1997 was impossible ,even we can't even think about it https://t.co/mxrIrgOqGM

#OnThisDay 25 years ago, Saeed Anwar put India to the sword.

He smashed 194 off 146 balls, at the time a world record in ODIs, as Pakistan cruised to an Independence Cup victory.

#OTD in 1997, Pakistan opener Saeed Anwar scored a scintillating 194 against their arch-rivals India in the Pepsi Independence Cup clash in Chennai.

As the sweltering Chennai heat took its toll on Anwar, he had to rely heavily on Shahid Afridi while scripting this masterpiece. pic.twitter.com/oDKeIVrH2L

A Saeed Anwar special in Chennai ✨

What's your favourite memory of that innings? #OnThisDay pic.twitter.com/IkGW0oondY