The cricketer posted a photo on social media sitting in a boat with his wife posing for a picture. The extreme comments even questioned her morals 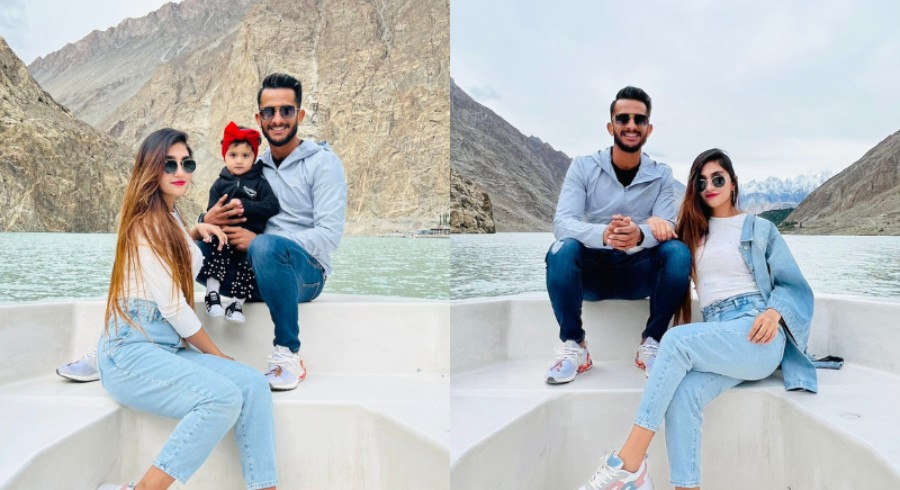 Pakistan's pacer Hasan Ali recently shared pictures of himself along with his wife and infant daughter. However, things took a turn for the worst as a lot of abuse was hurdled towards the couple for their dressing and poses.

Samiya, Hasan's wife, was targeted for apparently wearing tight and revealing clothes. Meanwhile, Hassan Ali was slammed for posting that picture on his public profile.

Hasan, who was on a holiday with his family in Hunza, shared the pictures on his social media while the public - mostly men - used it as an opportunity to slut-shame Hasan's wife and called questioned her morals and character.

While many remained critical of Hasan's wife's dressing, others came jumped to the family's defense. This highlights a serious problem that lies within our community and shaming women has become the new normal.

This user had the right idea and drew a pop reference to get through the masses.

You guys look cute & amazing together. Ignore the comments of our confused muslims aka Ertugrul fans who thought Esra Belgic would be a real life Halima Sultan. Have fun and travel the world while you can! They hate you because they can’t be like you.

Is it a shock that women have legs? The majority of the people in the comments thought so.

This is such a nice, heartwarming tweet but the replies underneath show the real gutter mentality of men from indo-pak. https://t.co/qGTqFwobz7

Asking for authorities to intervene.

There should be a defined qualification for Pakistanis to have internet access.. https://t.co/GGms5Rv4a1

It is worth mentioning that this is not the first time the public has passed their judgments on pictures posted by our national heroes. Hasan Ali, although struggling with form as of late, has served Pakistan to the best of his ability, and passing such comments about him and his family remains unacceptable.

Hassan Ali and Samiya married each other in an intimate ceremony in Dubai with close friends and family members present back in 2019.