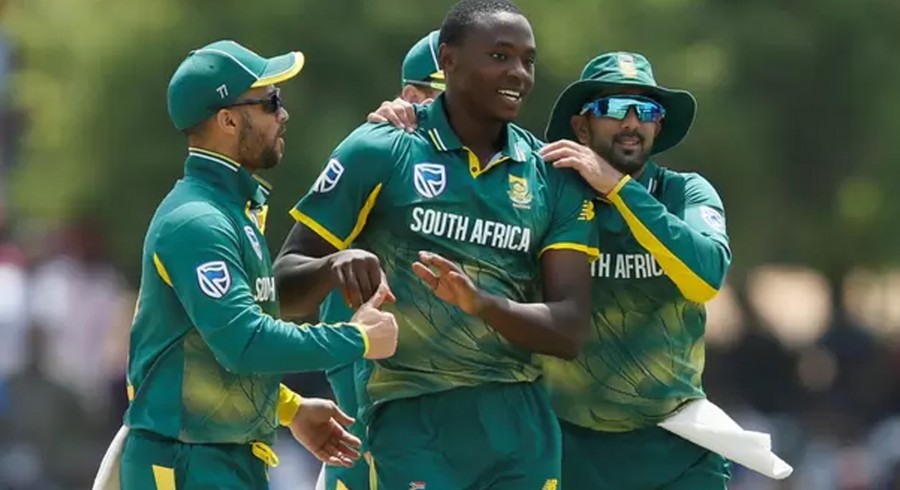 With the cricket World Cup less than four weeks away, South Africa's pace attack is under an injury cloud with fast-bowler Kagiso Rabada the latest concern.

South African team manager Mohammed Moosajee said in a statement on Friday that he had recalled Rabada from India where he is starring for Delhi Capitals in the IPL.

Rabada had been experiencing stiffness in his lower back and Moosajee, who doubles as the team doctor, said that the recall was precautionary but necessary in view of Rabada's history of back injuries — he sustained a stress fracture last year.

South Africa has picked a potent four-man pace battery for the World Cup — but all four have been under injury watch in the build-up to the tournament in England and Wales.

Dale Steyn also returned early from the IPL after a flare-up of a shoulder injury, while Lungi Ngidi and Anrich Nortje were both forced to miss lucrative stints in India because of a side strain and shoulder injury respectively.

Both Ngidi and Nortje have returned to low-key action ahead of South Africa's pre-World Cup camp on May 12.

There has been no official word on Steyn's recovery but the fast bowler seemed in good spirits when he posted an Instagram picture of himself with his dog on a Cape Town mountain on Thursday.

Rabada is the leading wicket-taker in the IPL this year with 25 wickets in 12 matches for Delhi Capitals.

Moosajee said Rabada had scans in Delhi. South African team physiotherapist Craig Govender, who was in Delhi, made an assessment and the decision was made to recall him for the remainder of the IPL.

"Kagiso has a history with back injuries and the CSA medical team is taking the best measures to ensure he is fully fit for the World Cup," Moosajee added.

South Africa play hosts England in the first match of the World Cup at The Oval on May 30.