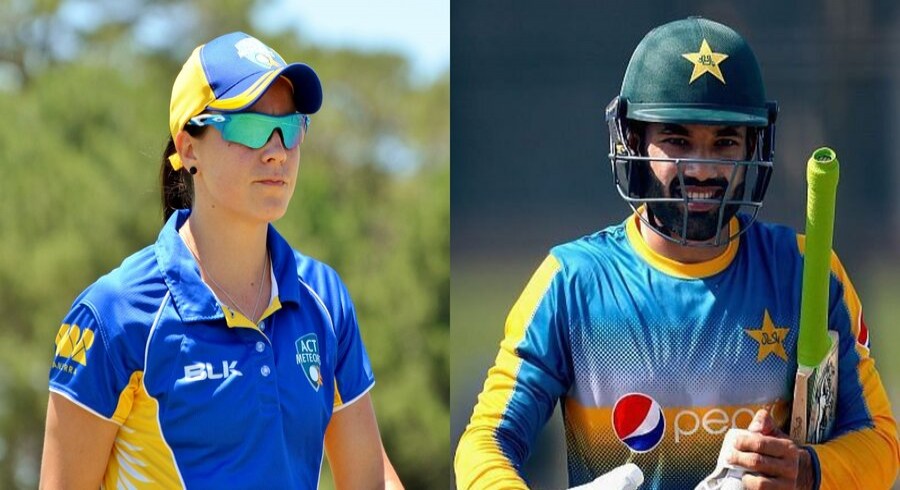 Mohammad Rizwan has found a new admirer in South African woman cricketer, Marizanne Kapp, after the wicketkeeper-batsman smashed a maiden hundred in the first Twenty20 International against the Proteas in Lahore on Thursday.

Rizwan finished with 64-ball 104 not out comprising of six boundaries and seven sixes after South Africa won the toss and sent Pakistan in to bat at Gaddafi stadium.

Rizwan hit pacer Andile Phehlukwayo for his seventh hit over the boundary to become only the second Pakistani batsman to score a Twenty20 International hundred.

Kapp took to Twitter to acknowledge Rizwan’s magnificent knock and termed him a ‘brilliant cricketer’.

Kapp is one of mainstays in the South African women’s team. The all-rounder holds the record for the highest-ever score by a South African at women's World Cups (102*) against Pakistan at Cuttack in 2013.