Sri Lanka knock Pakistan out of U19 Asia Cup

Batting first, Pakistan reduced the Sri Lankan team to 147 runs and could only muster 125 runs in return 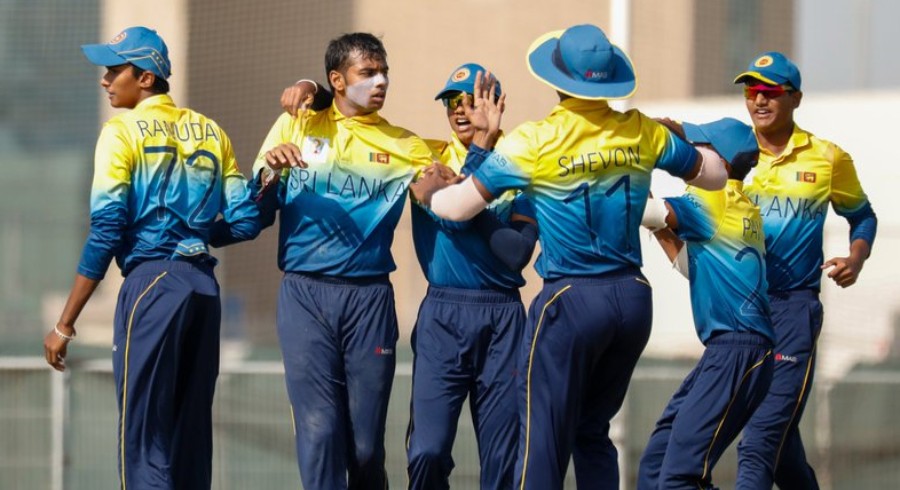 Sri Lanka has defeated Pakistan by 22 runs in the semifinal of the U19 Asia Cup. They will meet India in the final, who beat Bangladesh in the other semifinal.

Pakistan lost three wickets inside the first six overs as Sri Lanka kept up the pressure. Struggling at 10-3, Muhammad Shehzad and Qasim Akram provided some resistance but failed to keep the run rate up.

Shehzad departed for 30 runs and took 75 balls to get there. On the other hand, Qasim scored 19 from 49 deliveries. Ahmed Khan contributed 36 runs down the order but no other player could come up with a significant contribution.

Treveen Mathew was the pick of the bowlers as he took four wickets and gave only 14 runs from his 10-over spell. Dunith Wellalage took three wickets while Raveen de Silva, Shevon Daniel, and Matheesha Pathirana also took a wicket each.

Earlier, Pakistan delivered a great performance with the ball as they restricted Sri Lanka to 147 runs. Yasiru Rodrigo remained unbeaten on 31 runs and was the top scorer alongside Matheesha Pathirana.