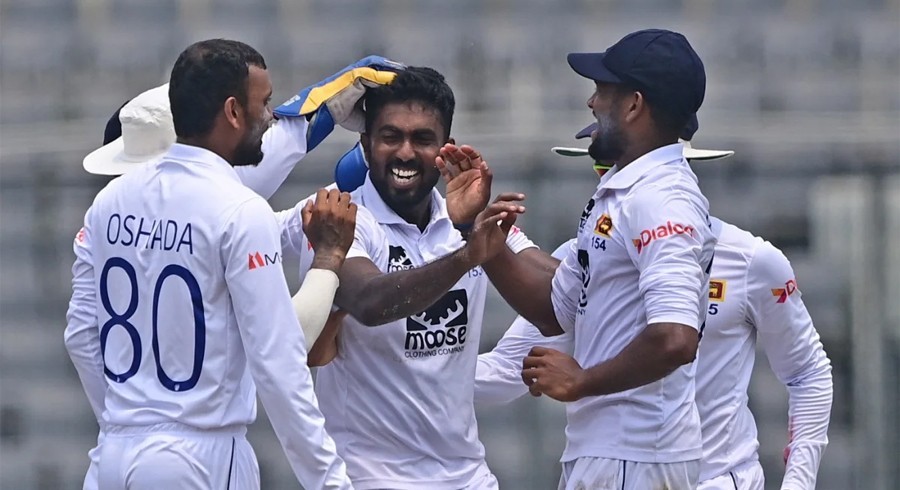 Sri Lanka has dethroned Pakistan from the fourth position in World Test Championship (WTC) points table as they secured a comprehensive victory against Bangladesh in Dhaka.

The visiting team clinched 12 important points as they secured the two-Test series against Bangladesh away from home.

Sri Lanka required only 29 runs to claim the victory in the second Test match as the first match ended in a draw. The visiting team reached the target in three overs without the loss of any wicket.

Asitha Fernando was named player of the match for his remarkable bowling effort; he became only the second bowler from the country to take a 10-wicket haul in an away Test match.

On the other hand, former Sri Lanka captain Angelo Matthews was named as player of the series as he topped the charts with the most runs scored during the series with 344 - including two centuries.

The Men in Green will try to regain the lost position as they take on Sri Lanka in a two-Test match away series later this year.