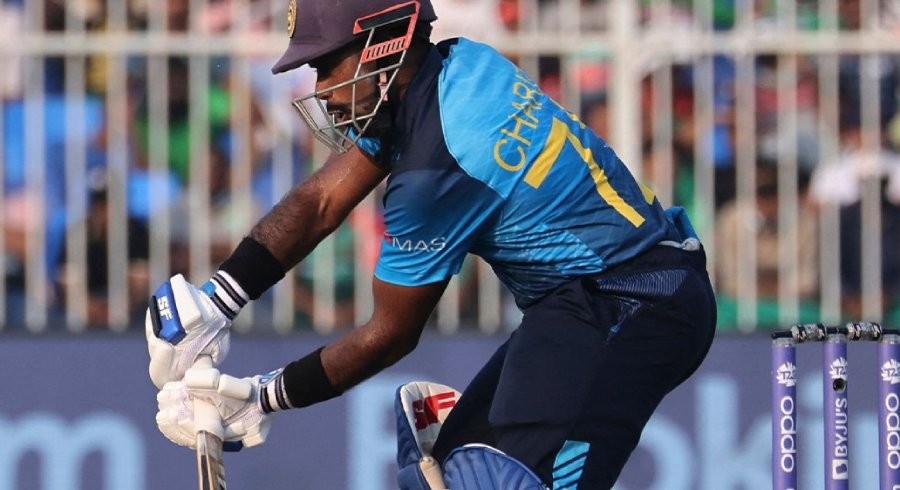 Sri Lanka have registered a commanding victory over Bangladesh by 5 wickets in their first game of Group 1 in the ICC T20 World Cup.

The inexperienced side led by Dasun Shanaka won the toss and opted to field first, which seemingly did not hamper Bangladesh's plans who wanted to bat first anyway.

Mushfiqur Rahim, with an undefeated 57 and opener Mohammad Naim, who hit 62, starred for the Tigers as they posted a fighting total of 171/4 after 20 overs.

Liton Das fell relatively early after showing glimpses of what he is actually capable of and went back to the pavilion after scoring 16. Shakib, who has been in great form, also failed to impress today after being bowled by Karunaratne on 10.

The classy Mushfiqur went to his sixth T20 half-century off 32 balls with four boundaries and two sixes.

For Sri Lanka, Chamika Karunaratne, Binura, and Kumara all picked up a wicket each.

In return, Sri Lanka got off to the worst possible start as Kusal Perera was dismissed by Nasum Ahmed in the first over. However, the young guns of Sri Lanka did not let the pressure mount and navigated through it with relative ease.

Charith Asalanka, who made an unbeaten 80, stole the show with his mesmerizing strokes which featured five boundaries and five maximums. He was supported well by Nissanka (24) who was dismissed by in-form Shakib Al Hasan.

Bhanuka Rajapaksa stepped in and scored an important 53 after Hasaranga de Silva was sent packing for 6 by Mohammad Saifuddin.

Shakib Al Hasan and Nasum Ahmed both picked up two wickets each but their efforts were not enough to stop Sri Lanka, who continue their winning run in the World Cup.

Charith Asalanka was named player of the match for his impeccable display with the bat.